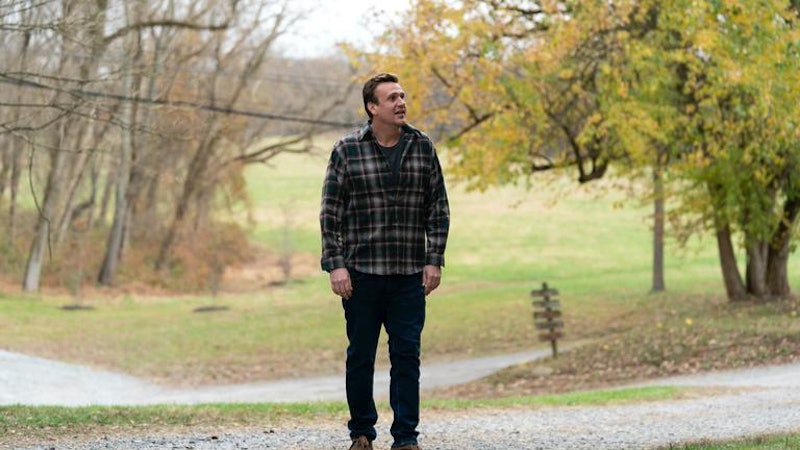 For several years now, we have been living in a new Golden Age of Television. Dubbed "Peak TV," the current trend of highly prestigious television dramas is generally accepted to have begun on HBO with the early 2000s series The Sopranos and The Wire, but basic cable network AMC deserves a heap of credit, too. It brought Peak TV to the masses with Mad Men and Breaking Bad in 2007 and 2008, respectively, and the network is still at it today. AMC's latest prestige drama just finished its acclaimed first season, and there are already rumblings of whether or not Dispatches from Elsewhere will return for season 2.

Unfortunately for fans of the series, there has yet to be an official announcement on whether or not the show will get a second season. Now, that doesn't mean the series won't return, it only means that nothing is set in stone. If the series does indeed continue, it should have plenty of material from which to draw inspiration.

Dispatches from Elsewhere tells the story of a group of strangers who get caught up in a highly-mysterious game that makes them question their own reality. Segel based the series on a real-life alternate reality game that took place in San Francisco in 2008 after watching The Institute, a 2013 documentary about the game, and there is no shortage of content there.

However, there's also a chance that Dispatches from Elsewhere will be a Watchmen-like one season-and-done series. Though Segel hasn't explicitly stated that he's not doing another season, he has spoken with some finality about the one season he did do in some recent interviews. "This whole series was uncharted territory for me. The whole experience felt a little like you had jumped into a moving river and your job was just to not bump into sh*t. We were really navigating as we were going," Segel told Vulture. "The episodes get increasingly complicated and it’s a really, really ambitious show. And so maybe you’ll see as the episodes go on. We build to a pretty remarkable climax."

In a separate interview with Rolling Stone, Segel made it seem like the first season's ten episodes make up a complete story. "When people see the first four episodes, they’ll see we’re setting up who these people are," Segel said. "Then, for the next six episodes, they have to journey together to find what each of them needs."

It's unclear whether or not Dispatches from Elsewhere will return for a second season. So to be safe, you might as well just enjoy the first season for what it is because you might not get anymore.

More like this
The 'Gossip Girl' Reboot Creator Is “Looking For A New Home” To Air A Potential Season 3
By Brad Witter
The Plane Crash In 'Dear Edward' Is Based On A 2010 Tragedy
By Grace Wehniainen
The 'Freeridge' Cast Shared Their Hopes For A Potential Season 2
By Grace Wehniainen
Netflix Shut Down 'Bridgerton' S3 Rumours About A “Very Dark” Storyline
By Bustle
Get Even More From Bustle — Sign Up For The Newsletter
From hair trends to relationship advice, our daily newsletter has everything you need to sound like a person who’s on TikTok, even if you aren’t.