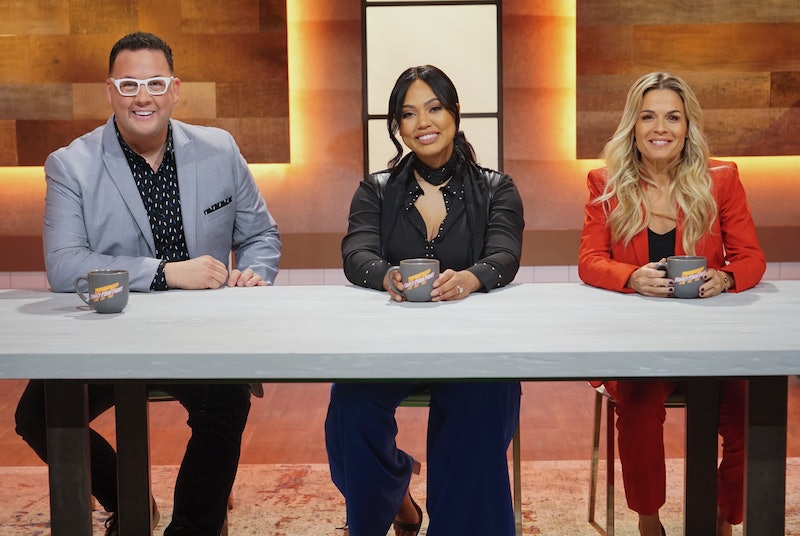 ABC has been trying its hand at cooking competition shows for a while now, but as Eater pointed out, most have them haven't been very successful. Will things be different for Family Food Fight? Will it be renewed for Season 2? There are a few reasons to believe the show could be back for more next summer.

As Deadline reported, ABC's version of Family Food Fight is based on the Australian series of the same name. On the show, eight families compete to see whose amateur chef skills and recipes are the best. Aft the end, the winning family gets $100,000. The simplicity of the format makes it easy to reproduce for a second season. Any of the families, judges, or host can be swapped out for new people and it would function the same. And it can't be hard to find eight more families who like food and want to win money.

According to Deadline, the Australian version of the show received two seasons, although it's now being reported that low ratings could kill the show's third season chances in Australia. Of course, America is not Australia, and Family Food Fight has a fairly large audience here. In its first season, the series has averaged over two million viewers per episode. While that's on the lower end for ABC's unscripted series, that's still a high number of people watching.

It's worth noting that the casting site for the show is still up, and it appears to have been edited for a new season. Last year, ABC casting required that applicants for Family Food Fight "be at least 18 years old by October 1st, 2018." TV Series Finale reported that the show began filming in October, so that deadline makes sense. However, the casting site now says applicants "must be at least 18 years old by September 1st, 2019." Maybe a second season begins filming next month? The site is still taking applications if you're interested.

So with casting possibly underway and filming maybe to follow, when might a second season of Family Food Fight air? Season 1 premiered in June and aired eight episodes through August 15. A cooking competition show is definitely more of a summer program, as that's when the network's usual fall shows are on hiatus. So, if filming really does begin in September, expect a similar release for Season 2 — likely sometime in June 2020 or summer 2020 in general.

When Family Food Fight premiered, Eater criticized its use of "broad stereotypes" for the contestants, such as the Italian family whose motto was "There are two types of people in this world, Italian and those that want to be Italian" and the Arkansas brood whose motto was "The two things we love most are cooking and singing — and the church said amen!" But while it's undeniably gimmicky, the show has kept two million people tuning in each week. If ABC considers that to be a broad enough fanbase, Family Food Fight could be back next summer with more family drama and yummy food.