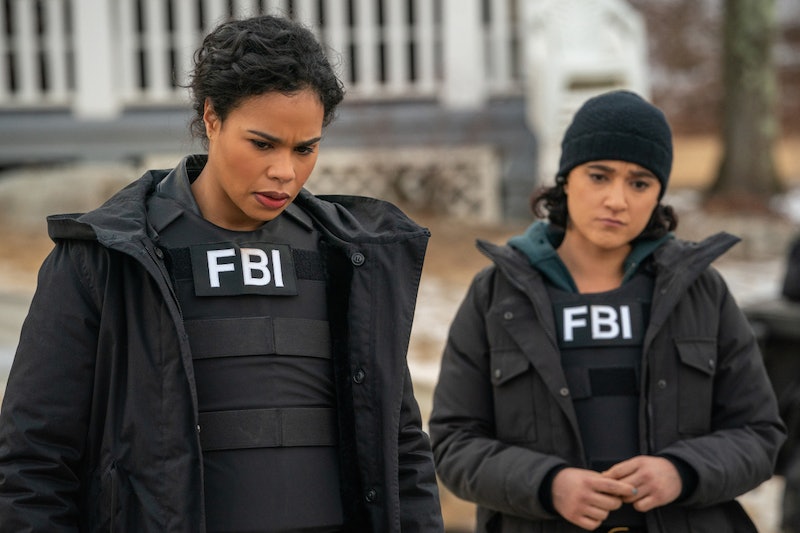 Due to production shutdowns amid the coronavirus pandemic, FBI: Most Wanted is ending its first season two episode early. That means there will likely be some loose ends to tie up if and when FBI: Most Wanted returns for Season 2. So far, the show hasn't been renewed, but it did have a pretty successful first season.

Update: CBS has renewed FBI: Most Wanted for Season 2. A premiere date has not yet been announced.

Earlier: According to TV Series Finale, Most Wanted is CBS' sixth most-watched show out of the network's 26 scripted series, drawing in roughly 7 million viewers per episode. Its parent show FBI is the network's second most-watched show with 9 million viewers per episode. Those are both pretty significant numbers, and there's already been talk of expanding the FBI franchise even further. According to Deadline, it was the plan from the beginning to make FBI and FBI: Most Wanted part of an interconnected world similar to the Chicago Med, Fire, and P.D. franchise.

There have already been some crossovers between FBI and Most Wanted, but fans have called for even more of that type of content, which could increase audience numbers for both series. Grey's Anatomy spinoff Station 19, for example, saw a 24 percent boost in viewership after the two shows began crossing over almost every week.

If the network does decide to renew both FBI and FBI: Most Wanted, it's possible their new seasons will air this fall. FBI: Most Wanted originally premiered in January after beginning filming in late August 2019, while FBI began production a few weeks earlier, in early August. Given the current state of the world, August could be a feasible date to resume filming for both shows, but things are very much up in the air still.

Either way, with viewership numbers so high for both FBI and FBI: Most Wanted, it seems unlikely that CBS will cancel one or both. If anything, the network may take the new spinoff's success as a sign to greenlight a third show.

More like this
The 'New Amsterdam' Series Finale Opens An “Unexpected” Door To The Future
By Brad Witter
The 'Hunters' Creator Wanted The Series Finale To Serve As A "Catharsis"
By Brad Witter
Here’s Why Danny Masterson’s Hyde Isn’t In 'That '90s Show'
By Brad Witter
Season 2 Of 'Yellowjackets' Is Coming Sooner Than You'd Think
By Gretchen Smail and Grace Wehniainen
Get Even More From Bustle — Sign Up For The Newsletter
From hair trends to relationship advice, our daily newsletter has everything you need to sound like a person who’s on TikTok, even if you aren’t.