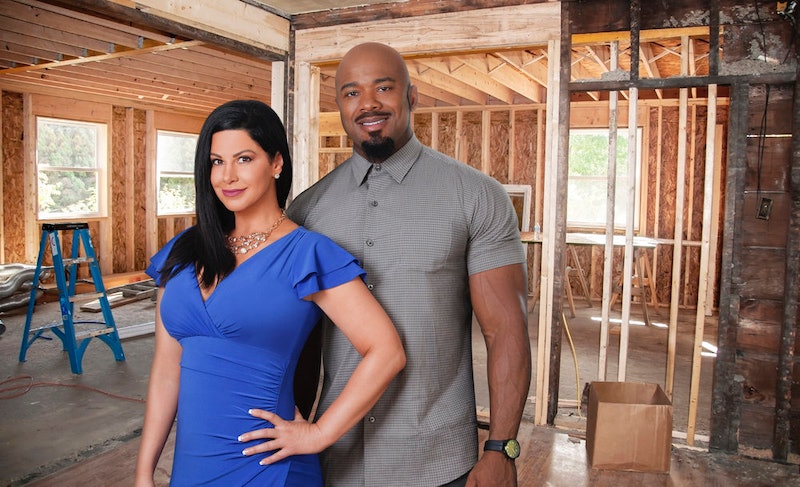 Though Bravo has yet to officially announce Flipping Exes Season 2, star Nina Klemm, a Carmel, Indiana realtor, and her ex/business partner Michael LeSure (who handles budget and construction) are hopeful they'll be able to return to the small screen. "We've had some great reviews. Well, at least that we can see on our side," Klemm told MEAWW. "I don't know what Bravo's feelings are yet, but I will tell you that the response that we've been getting locally has been incredible and on Instagram. It's been great."

Viewers are keeping their fingers crossed for a second season, too — but not for the same reasons. Yes, they probably want to see more house renovations, but they also want Klemm and LeSure to get back together. Ahead of the Season 1 finale, Bravo posted a preview video of the pair celebrating the three-year anniversary of their business. LeSure lead a blindfolded Klemm up the stairs to a group of their friends and family who waited to surprise her and celebrate. "Ya really not gonna get back together?" a viewer commented on the Instagram teaser. "Ya are so awesome. Great show I hope for season 2." Another viewer commented, "Season 2 yes please."

Even Bravo seems to be shipping the pair: "there is plenty of bickering and playful flirtation between the two as Michael tries to manage Nina’s expensive taste while staying on budget," they teased in a press release for an August episode.

According to the IndyStar, LeSure and Klemm founded Flipping Exes LLC in 2015. Shortly afterward, they started a YouTube channel and website to kickstart their house-flipping journey and connect to a larger audience. LeSure told MEAWW that working with his ex requires "mutual respect" and "exclusive boundaries," adding "I feel like we work well together based on the fact that we appreciate each other's crafts, for the most part." From the sounds of that, they're keeping things strictly business, but fans are still holding out hope.

If everyone is just imagining the romantic tension, there's still reason for the show to get a second season. There are plenty of other houses to be flipped in the "Beverly Hills of the Midwest," as Klemm and LeSure call Carmel. Not to mention, the area is a continuously growing market. According to the IndyStar, it's attractive to out-of-state investors due to its low-cost real estate.

The only potential hang-up for a Flipping Exes Season 2 is that, after Season 1 was announced, IndyStar published a report (cited above) alleging Klemm and Lesure have "thousands of dollars in outstanding Indiana tax warrants" and also face a lawsuit filed by a Colorado investor who claims to have been defrauded by them. A Bravo spokesperson declined to comment to the outlet on whether or not the network was aware of the claims, but Season 1 still aired in full. It seems like if it were going to affect the show, it would have already.

Until Bravo gives any official word, though, fans will have to wait and see.