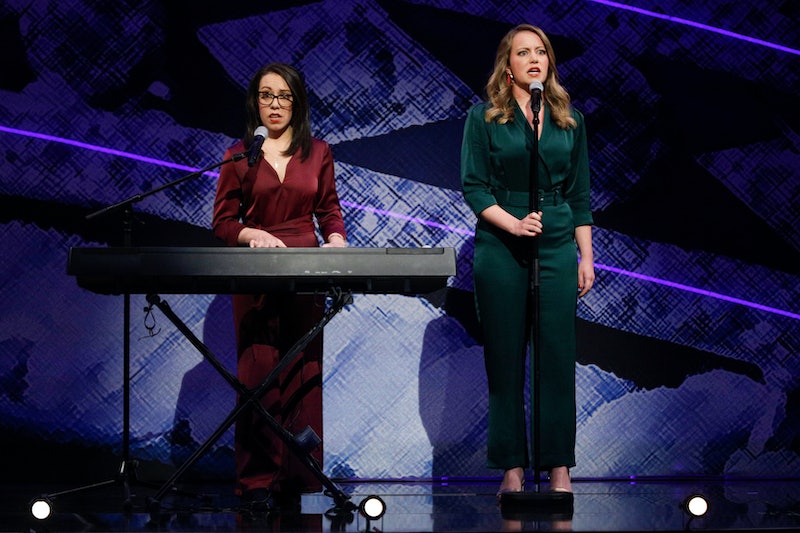 If you’re a fan of all things funny, entertaining with a bit of a royal twist then the Royal Variety Performance will be right up your street. As the name suggests you never really know what you’re going to get and with Lewis Capaldi, Robbie Williams, and the West End cast of Mary Poppins on the 2019 line-up it promises to be an amazing night. Comedy duo Flo and Joan will be gracing the stage and if you’d like to bag some tickets to see them in the New Year here’s how to see Flo & Joan live in 2020. They’ll be performing in front of the Duke and Duchess of Cambridge and it’ll mark the start of what promises to be a very busy year for the funny musical pair.

Sisters Nicola and Rosie Dempsey have taken the internet and comedy world by storm since they started performing together. Gigging and enjoying massive success in the UK, U.S., and Australia, they take sibling antics to a whole new level. They’ll be on stage at the Royal Variety Performance on Dec. 10 and there’ll be loads of opportunities to see them throughout 2020. According to their website the duo will kick off their year by performing at London’s Soho Theatre. Then from Feb. 5 through to June 18 they’ll be performing up and down the UK. From Edinburgh and Aberdeen and Bradford to Exeter you can buy tickets to see then in action on their website.

The pair first went viral when they posted The 2016 Song on Youtube. Their silly, musical, satirical take on the year 2016 took social media by storm and catapulted them to new heights of comedic stardom.

While comedy is a notoriously cut throat world to break into it’d seem Flo and Joan haven’t lost their originally flare that built them such a fan base. Training in Canada they’ve appeared on Live at the Apollo and have their own hour long special with Amazon Prime. They returned to the Edinburgh Fringe Festival and speaking about their experience to The Voice they said, “we've been living in Canada for the last three years and started Flo and Joan as something to do there, but not with the intention of entering the industry. The comedy scene is amazing and inclusive in Toronto, and because of this we got better, decided to give Edinburgh a go, and off the back of last year have found ourselves getting into the industry almost by accident, but we're very happy to be here now.” They’ve now played Edinburgh four times with this years show entitled Before the Screaming Starts.

If you’re a fan of Flo and Joan it couldn’t be easier to see them in 2020. They’ve got a massively busy year on the road ahead of them. And if you’d like to see them in action a little sooner than that they’ll be on the Royal Variety Performance stage on Dec. 10 at 7:30 p.m. on ITV.