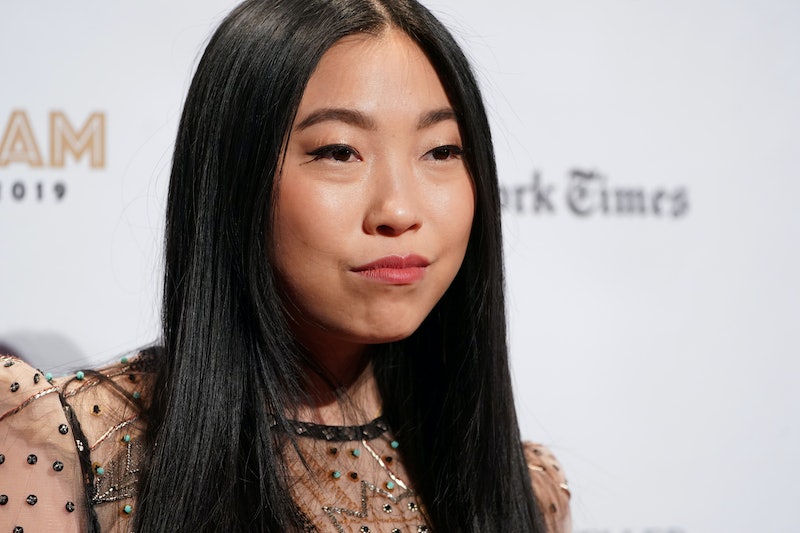 In a statement that would make Nai Nai proud, Awkwafina had the best response to her Golden Globes nomination. Awkwafina, real name Nora Lum, got her first Golden Globes nom for Best Actress in a Motion Picture, Musical or Comedy for her role in Lulu Wang’s The Farewell on Monday. In her first dramatic turn, Awkwafina stars as Billi, a New Yorker who must contend with her Chinese family’s wishes to not tell their matriarch, Nai Nai, that she only has a few weeks to live after a cancer diagnosis. After sleeping through the early nominations announcement, she released a statement to various outlets and posed one important question.

Awkwafina said in a statement,

"I am beyond grateful to the HFPA, and to be grouped with such insanely talented actresses. I grew up watching the Golden Globes every year, cheering for my favorite films and actors. It is surreal that I now get to go! Wait, I do get to go right?"

Along with Awkwafina’s nom, The Farewell received a nomination for Best Motion Picture — Foreign Language in the upcoming January 2020 ceremony. The film debuted at the Sundance Film Festival in June and has since won several awards at the Gotham Independent Film Award, Sundance Film Festival: London, and more.

In an interview with the Los Angeles Times published on Monday, Awkwafina reflected on the “surreal” experience of her first Golden Globes nom. “I would never have expected something like this to happen, especially when we were filming,” she said. “We just wanted to tell the story. So to see that it’s getting recognition and to see the news today is really awesome.”

She also addressed the film’s categorization as a foreign-language film, which became a topic of controversy online as many argued that the film should be considered American. Vice reporter Bettina Makalintal tweeted on Monday, “putting the farewell in the foreign language category instead of the drama category is just another example of whose stories are considered ‘american’.” Awkwafina said of the categorization, “I don’t know a lot about how those different things are categorized, but it definitely is in a lot of Chinese. I think my Chinese would be considered foreign to anybody because it’s so bad! But I did see that today.”