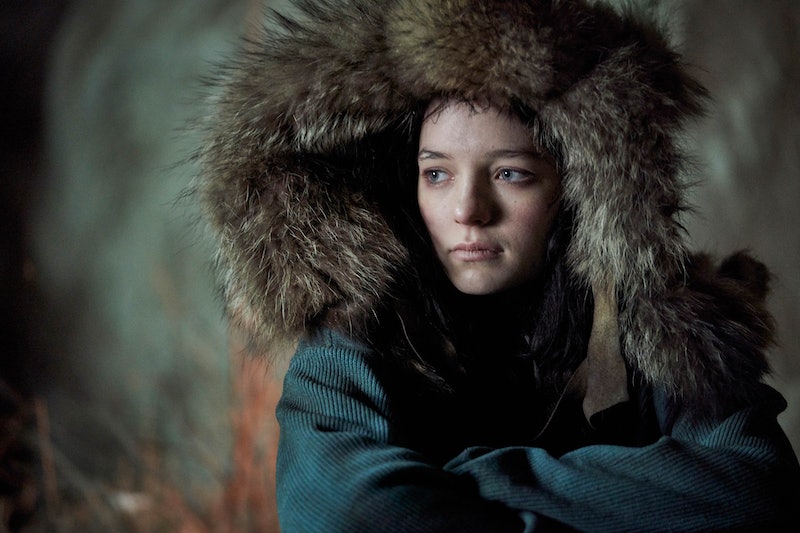 That Amazon hasn't yet announced if Hanna will return for Season 2 isn't surprising. The action series, based loosely on the 2011 movie of the same name premieres March 28, and the streaming service likely wants to gauge the response before green-lighting a renewal. But if they want to lock in their leads for the future, they'd better make a decision pretty quickly after that: these stars' schedules could be filling up fast.

Update: Hanna has been renewed for Season 2, per The Hollywood Reporter.

Earlier: Mireille Enos (The Catch, The Killing) plays the formidable CIA agent and antagonist Marissa Wiegler (a role originated by Cate Blanchett in the film). Although she's the villain, Wiegler's character is integral to the central storyline of Hanna, and there likely wouldn't be much of a follow-up season without her.

According to her IMDb, Enos has another project currently in post-production after Hanna. She stars in the pilot of upcoming TV mini-series Good Omens as War, one of the four horsemen of the apocalypse. It's an important role in the book series, but not a terribly time-consuming one, so it's possible that Enos might be able to make space in her calendar to film Hanna Season 2 alongside Good Omens, if Amazon decides to move forward with it.

Joel Kinnaman takes over the role of Erik from Eric Bana, who brought Hanna's father to life in the film. Kinnaman appears to have an even busier schedule than Enos in the coming years, according to his IMDb page. He stars in the The Informer, a crime drama that's due for release in August 2019, and though it's likely already finished filming, he'll still have to do a press tour. He's also currently filming another crime thriller, The Sound of Philadelphia, which is slated for a 2020 premiere.

After that, Kinnaman has two films — The Secrets We Keep and Horseboy — in the works, as well as a TV series — For All Mankind — reportedly in the works. In Hollywood, though, projects get stalled, postponed, or canceled every day, so if Amazon were to make him an offer, maybe Hanna Season 2 isn't off the table yet.

As for the rising star Esme Creed-Miles, who plays Hanna herself, her IMDb page is currently blank as far as upcoming projects go. However, during an interview with Bustle, she said that she's eager to keep looking for work that helps her grow and develop as an actor.

"If I could have my pick of anything," she said, "I just want to work on really exciting independent films with really exciting directors. Just people who are really forward thinking and outside of the box. I think as an actor you want to try to do as many different kind of roles as possible."

Whether Hanna goes on for multiple seasons or stops after the first, it's inevitable that the chase will have to end at some point. When it does, though, rest assured that you haven't seen the last of its stars yet — they have a lot coming up.