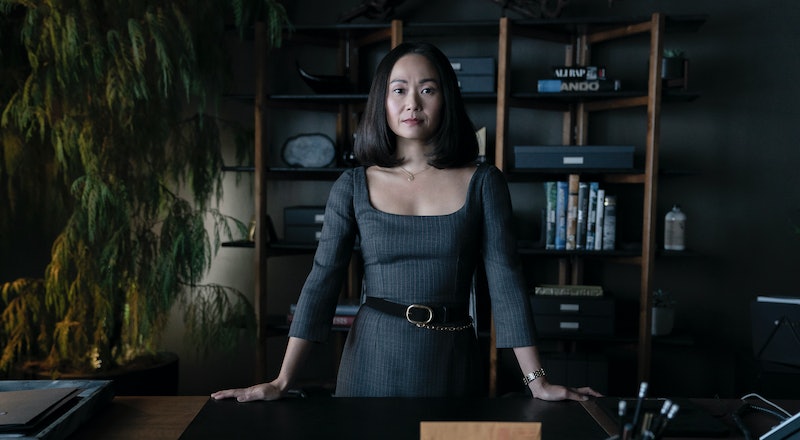 After Homecoming Season 1 concluded, it didn't seem like there was any story left to tell. After all, the Homecoming initiative was shut down, and Heidi Bergman (Julia Roberts) briefly reunited with Walter Cruz (Stephan James) after she wiped both of their memories. Enter Season 2 (out Friday, May 22) — which features a new protagonist (played by Janelle Monáe), who can't remember who she is, why she's in a canoe, or why she has a military tattoo on her forearm. Season 2 is a pretty self-contained story, so if Homecoming returns for Season 3, the Prime series would be delving into uncharted waters. But then again, it already has.

Season 1 was based on the eponymous Gimlet podcast, which had two seasons. Both installments featured Heidi and were truncated into one season of television. The first podcast season ended with the therapist regaining her memory, while Gimlet's second installment, which aired in 2017, followed her quest to reconnect with Walter. To do this, Heidi worked with her boss at Geist, Colin Belfast (played by Bobby Cannavale in the TV adaptation). But despite her efforts, she hadn't found her former patient by the time the podcast concluded.

The Amazon Prime version departed from its source material halfway through Season 1 — a decision which executive producer Sam Esmail told The Wrap was out of a desire "to come to some sort of satisfying conclusion of Walter and Heidi's journey together."

They wanted to create something new for television, Esmail continued, because, "To make a straight adaption would sort of defeat the purpose. I really wanted it to be its own creature." Consequently, the first TV season ended with Heidi reuniting with Walter, although it's left open-ended whether he recognizes her or not.

In Season 2, Homecoming has no podcast to guide its narrative. "[T]his season is much more expansive in terms of locations," series co-creator Micah Bloomberg said at the Winter TCA, per Deadline. "We're not as contained in the facility." Although Roberts is nowhere to be found (though she's credited as an executive producer), Walter, Craig (Alex Karpovsky), and Audrey Temple (Hong Chau) all return for Season 2 — the latter of whom plays a much bigger role this time around.

There's been no news about a third season of Homecoming, but depending on how open-ended this chapter leaves off, there may be more story left to tell. When the Amazon Prime series was first announced in July 2017, it was attached to a two-season order. But even after Homecoming Season 1 dropped in November 2018, the series star and creators were tight-lipped on if they would actually stick with that original plan. "We're playing it super cool," Roberts told the Hollywood Reporter cryptically.

Since it's taken a year and a half for Homecoming to return for Season 2, it's likely that if there were a third season, audiences would have to wait until late 2021 or even 2022.

More like this
Everything To Know About The 'Daisy Jones & The Six' TV Series
By Maxine Harrison and Brad Witter
Netflix Shut Down 'Bridgerton' S3 Rumours About A “Very Dark” Storyline
By Bustle
Here’s What Happens To Bill & Frank In 'The Last Of Us' Video Game
By Brad Witter
Everything To Know About A Potential 'Lockwood & Co.' Season 2
By Gretchen Smail
Get Even More From Bustle — Sign Up For The Newsletter
From hair trends to relationship advice, our daily newsletter has everything you need to sound like a person who’s on TikTok, even if you aren’t.