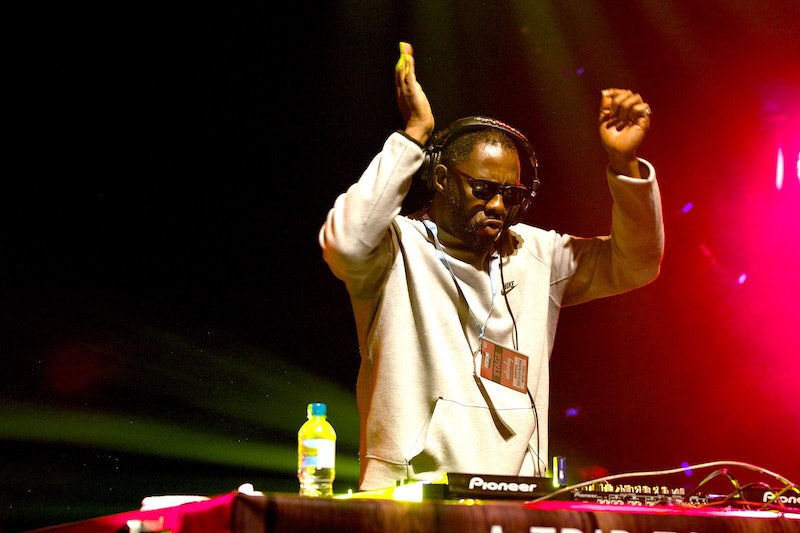 Idris Elba is a man of many talents, and after conquering Hollywood, the British actor is keen to take on the world of music. The 46 year-old, who only recently was pegged as a favourite to take over from Daniel Craig as James Bond himself, has now launched his very own record label, and later in the year is scheduled to perform at one of the biggest music festivals in the world. But will Idris Elba tour the UK in 2019?

As it stands, there has been no word of an official Idris Elba UK tour. Bustle have reached out for comment, and will update with any new information once it becomes available. However, the Luther star does have a packed schedule in 2019, with DJ slots booked around the world. According to the actor's official Facebook page, Elba is scheduled to perform a string of gigs at the Lío nightclub in Ibiza throughout the Summer of 2019. A description of the event on Facebook reads: "Idris Elba will be honing his real love of good house music in Lío Ibiza where he hopes people can come and help him celebrate the dream every Sunday from Midnight!"

But perhaps the biggest news surrounding the Wire star's venture into music came after it was announced that Elba will be making his debut at the U.S. music festival Coachella on April 13 and 20 this year. According to Variety, the actor will be in the company of artists such as Ariana Grande, Tame Impala, Childish Gambino, Solange, and Billie Eilish.

Although the news may have surprised fans who primarily associate the star with acting, Elba has actually been involved in the music industry from an early age — and later began working as a DJ and producer. Throughout his career, the Golden Globe Award-winner has performed at numerous high-profile music festivals around the world, including Essence Fest in New Orleans, the Boardmasters Festival in Cornwall, and Glastonbury festival.

As Bustle recently reported, Elba was also approached to perform a set at Prince Harry and Meghan Markle’s wedding reception by the Duke of Sussex himself. During an appearance on The Ellen Degeneres Show, the actor explained how the offer came to be, saying: "So Harry and I have hung out a couple of times through his dad’s [Prince Charles] charity — The Prince’s Trust — which helped me out when I was a young actor. Harry came to a couple of parties that I DJ-ed and he was like, 'What are you doing on [May 19]?'" He then continued: "I told him nothing and then he asked if I would DJ at his wedding... I was like, is this a joke?"

Elba has also previously discussed his reservations at delving into the music scene as a working actor. In an interview with The Voice back in 2009, he said: "Actors doing music is corny, I know that’s what people think and I accept that. But music has always been a way for me to express myself. Honestly, I hate pushing my music. I’m passionate about what I do, so to hear someone saying they hate it would be a bit like having someone say your child is ugly!"

It sounds like music is very much a passion project for the acting star, and with a lineup of bookings as strong as his, its clear that Elba is killing the game.