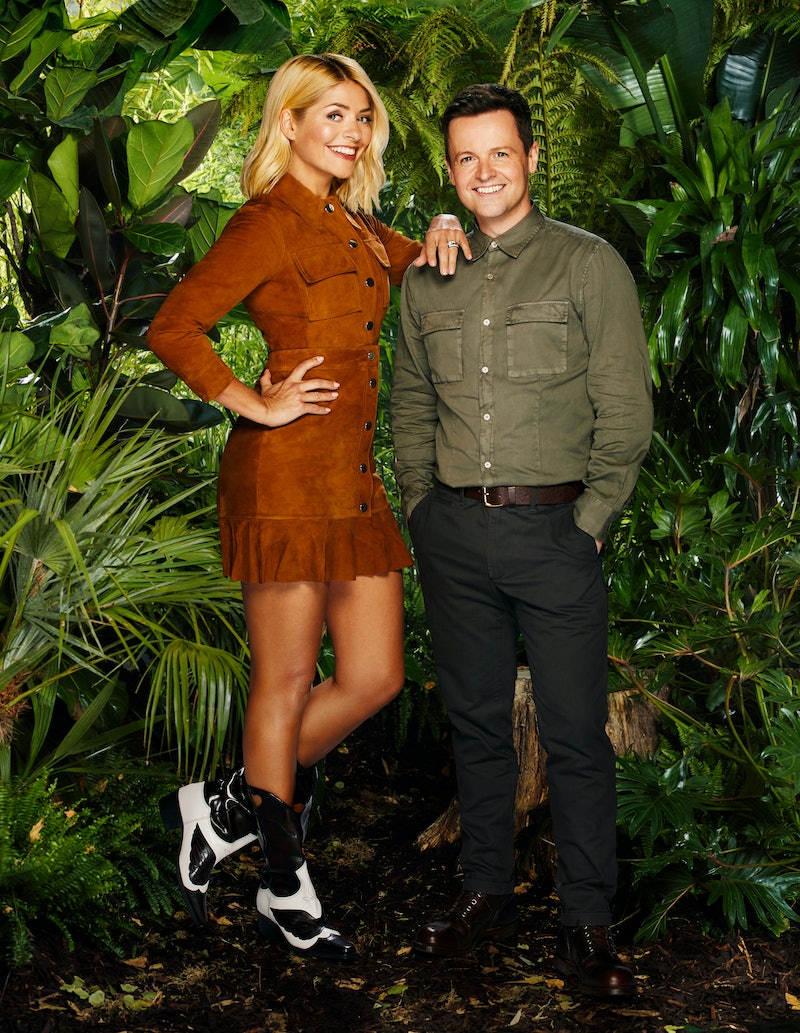 The latest series of I'm a Celebrity Get Me Out Of Here wrapped up at the weekend and enjoyed it's most successful run ever. Many viewers who can't get enough of the annual jungle action might already be looking forward to the nineteenth series of the ITV show. But will I'm a Celebrity return in 2019?

As it stands, there has been no official confirmation of a new series taking place next year. Bustle have reached out to ITV for comment, and once we have more information we'll let you know right away. However, if the success of the 2018 series gives us any indication, we can expect a new bunch of celebrities to enter the famous camp next year.

As previously reported, the latest series of I'm a Celebrity was the most watched in the show's history. According to Digital Spy, the eighteenth run of the reality series attracted a huge average of 12.2 million viewers per episode. And Sunday night's grand final, in which legendary football manager Harry Redknapp was crowned king of the jungle, was the most watched episode of I'm a Celeb since 2013. The final also managed to increase its viewership by 1.7 million viewers, a step up from last year's final episode, which saw Georgia 'Toff' Toffolo emerge victorious.

According to the BBC, at 71 years old, Redknapp is the oldest ever I'm a Celebrity winner. Shortly after his victory was announced, the football manager described his win as "so surreal," and went on to speculate how his family watching at home would react. He said: "My grandkids will be jumping around the living room now. They'll be so excited." It also appears that Redknapp's success on the ITV reality hit wasn't exactly a surprise. When discussing why he was the obvious winner, TV critic, Emma Bullimore, told BBC Radio 5 Live "Harry was the favourite all the way though," and continued "With all of his little idiosyncrasies and little catchphrases, he was absolutely brilliant entertainment value and a very worthy winner. There was no game plan, there was no pretence, he was just himself. He came across as such a genuinely nice man."

Now the dust has settled on the 2018 series, many have begun speculating on who will be taking part in the show next year — with particular focus on host Ant McPartlin, who stood down from his usual role this year in order to focus on his health. However, his potential return to I'm a Celebrity Get Me Out Of Here in 2019 is looking pretty likely. As reported by The Sun, McPartlin is expected to return to work next year, and will be reunited with Declan Donnelly during the next series of Britain's Got Talent.

This also brings into question if Holly Willoughby, who stood in for the 43 year-old in the last series, will be returning next year. Philip Schofield, who works alongside Willoughby on This Morning, said to the Daily Star "Holly has been a triumph in the jungle. It was always going to be a difficult series for Dec so I was happy Holly was able to step in." The host then went onto hint that she won't be part of I'm a Celebrity 2019. He said: "But I can assure you it's very much a caretaker role. Don't get too attached."

No matter who is involved, I'm confident that next year's I'm a Celebrity Get Me Out Of Here will be just as brilliant as ever — I just wish we didn't have to wait a full year. Bring on 2019.