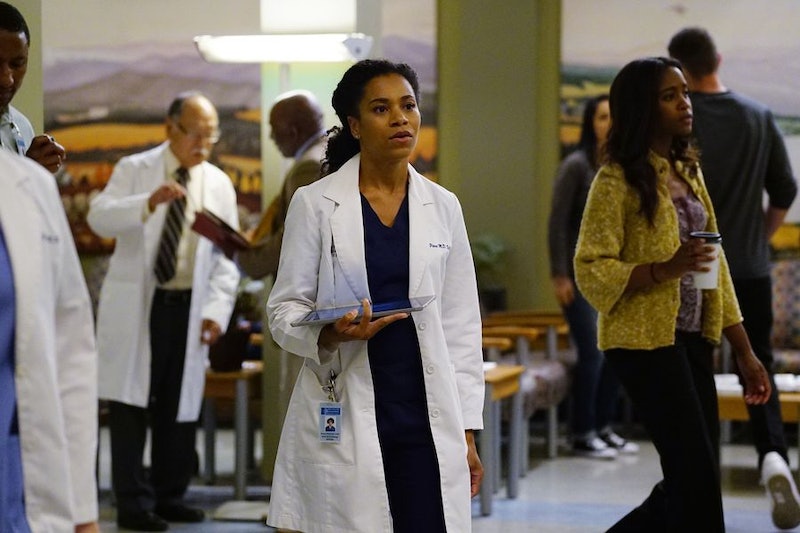 Maggie started off her time on Grey’s Anatomy with family troubles, because she didn’t know that she was Richard Webber’s daughter. Then, she moved onto love troubles, because she was really, really into Nathan Riggs and he wasn’t into her (instead, he was into her half-sister Meredith Grey, and by that, I mean biblically). Now, it seems as though Maggie’s family troubles are coming back for her. Her mother has visited from Hawaii, and it turns out that her health is not at 100 percent. Will Jackson tell Maggie that her mom has cancer on Grey’s Anatomy?

Maggie’s mom (who is her adoptive mom, as Ellis Grey is her birth mom) showed up at Grey Sloan for a plastics consult, and luckily, the hot and steamy Jackson Avery was happy to oblige Maggie’s mom. She had some sort of weird rash on her breast, and Jackson knew pretty much just by looking at her that it wasn’t a great situation. Turns out that Maggie’s mom has cancer, and she decided to tell Maggie about her diagnosis that night at dinner, with Jackson as backup. Well, before Maggie’s mom could tell Maggie what was going on, Maggie freaked out at her mother about how her mother was “selfish” and trying to insert herself into Maggie’s life without asking. Oh, Maggie. What are you doing? Your mother just wants to spend time with you.

But here’s the thing – it seems like Jackson really wants to tell Maggie about her mother’s diagnosis. Maggie’s mother opted to leave and not tell Maggie until Maggie was ready to open up her heart to her mother’s new life (she left Maggie’s father and is happier than ever), but since when has shutting up about cancer ever been a good thing? Jackson is Maggie’s friend and definitely wants to tell Maggie that she’s being stupid, but there’s one big problem – HIPAA laws! Jackson is Maggie’s mom’s doctor, and so he can’t share any details about her conditions to anyone else without her permission. But I think that Jackson may skirt around those laws in order to help out his friend. It could cost him his job, but doing the right thing never was easy.