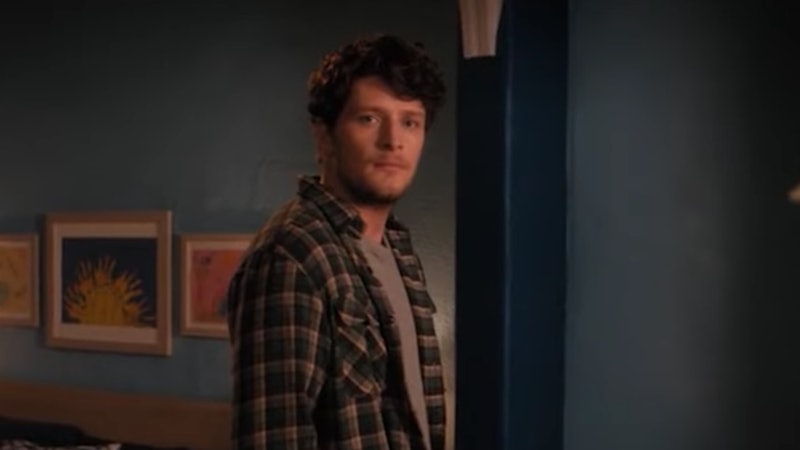 Everyone's mouths collectively dropped straight to the floor when the Season 4 finale of Jane the Virgin seemingly brought Brett Dier's Michael back from the dead. And while there are still a lot of aspects about this plot twist that need to get cleared up, fans are undoubtedly wondering what this could mean for Jane's love life. Will Jane and Michael get together on Jane the Virgin — or rather, back together, considering she thought he was dead for several years? Needless to say, she's going to have some pretty big decisions to make in Season 5.

During a recent interview with TV Insider, Gina Rodriguez, who plays Jane on the series, teased a little bit about what this could mean for Jane's future with both Rafael and Michael. "Walking into the Season 4 finale, Jane thought Raf was going to propose. They were in the greatest phase of their relationship," she explained to the outlet. "If Michael is back, then Jane is going to have a lot of soul-searching to do. She chose Michael over Raf before…but she's in love with Raf. It's impossible!"

The good news is, though, that the show won't be playing any sort of time-jump trickery in order to delay our suspense over this big Michael reveal. Because when Season 5 kicks off, it will pick up right where the Season 4 finale left off. "We left off on that cliffhanger, and we'll come right back to that moment when Jane is standing in front of Michael — or someone who might be Michael — dumbstruck and completely in shock," Rodriguez reassures fans. "We're going to go with her on this emotional journey to find out who this person is."

Therein lies the difficulty of this rather unique scenario. If this really is Michael standing in front of Jane, he's obviously been through a very long, stressful ordeal. He may not be the man she was once in love with anymore. However, the two of them would still be technically married, making this all even more complicated.

Why did he fake his own death? What kept him from Jane all this time? Why couldn't he trust her to keep his secret? And, perhaps most importantly, why is he revealing himself to her now? These are all questions that need to be answered when the series returns and they could end up impacting the decisions Jane makes about her future moving forward.

On the one hand, she loved Michael very much and chose to be with him back during the love triangle days. But on the other hand, she's now been given the chance to fall madly in love with Rafael. She can't just ignore those feelings or pretend like their relationship never happened. That's not to say that she won't try to work things out with Michael once the shock of it all wears off (if it wears off).

But for those looking for a happily ever after between these two, it won't be as simple as all that. Too much has happened for them to just go back to the way things were, and considering how much time has passed, neither of them may want to, in the end.

More like this
We Still Have A Few Unanswered Questions At The End Of 'The Suspect'
By Sophie McEvoy
Here’s What Went Down Between Romeo, Jill, & Kira Before 'Bachelor In Paradise'
By Grace Wehniainen
Teresa Giudice Flipped A Table — Again —  On The 'DWTS' Season 31 Premiere
By Jake Viswanath
‘SNL’ Finally Spoofed Nicole Kidman’s Weirdly Beloved AMC Ad & Nailed It
By Stephanie Topacio Long
Get Even More From Bustle — Sign Up For The Newsletter