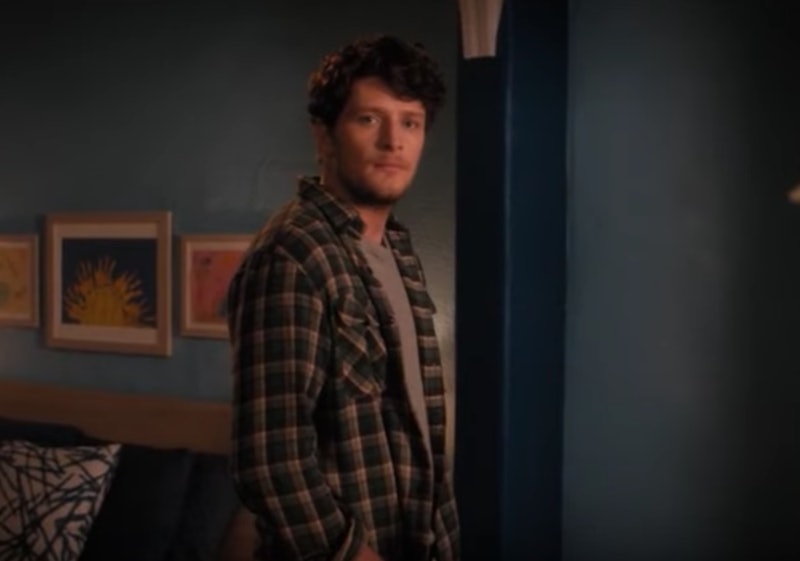 Major spoilers for the Jane The Virgin Season 4 finale ahead. It's been a few days since the Jane the Virgin Season 4 shocker finale, and everyone who watched on April 20 still can't stop talking about it. One of the major questions that people want to know is if Michael has amnesia on Jane the Virgin. In that case, after he turned around and saw Jane, he might not actually remember her. That's probably the most heartbreaking theory of all because it would mean that Jane's true love might not remember her throughout Season 5 — which may be the final season of Jane the Virgin.

In the words of Jane's mysterious narrator, "you'll recall" that Season 4's final episode focused largely on the strength of Jane and Rafael's relationship. Things seemed to be going perfectly for them, and early on in the episode Rafael told Jane's family that he planned to propose to Jane. Things seemed perfect, almost too perfect. As Petra said in the episode, the other shoe always drops, and drop it did when Jane walked into Rafael's apartment and found Michael standing there. Yes, Michael, the one that everyone thought had died during Season 3.

It was such a shocking plot twist but so perfect for a show that celebrates and resembles telenovelas. You know what else is a popular telenovela trope? Amnesia, and again, to quote the narrator "that, my friends," means that Michael very well could have forgotten everything about Jane.

When you look back at Season 4's shocking episode, the clues basically hit you in the head. First, Alba told Jane her theory about why Rafael was acting weirdly after they'd thought he discovered news about his parents from Rose. “If this were a telenovela, Rafael would have learned that Rogelio is his father. And he is your long-lost brother!” Jane’s grandmother Alba tells Jane.

As insignificant as Alba's joke may have seemed, it turned out that it was a red herring for the other common telenovela trope that the finale included. Jennie Snyder Urman, Jane the Virgin's creator and executive producer, confirmed to Refinery29 that Alba's joke was meant to mislead viewers. “We were very careful about not tipping it. Setting the table for an expectation of a telenovela plot twist, which certainly [Rafael being Jane’s brother] could be,” Snyder Urman said. She continued, "We were certainly priming the audience and trying to purposefully lead them in one direction so that ultimately [Michael's return] was as big of a surprise as it could be."

Never forget that Jane the Virgin is based on a Venezuelan telenovela called Juana la Virgen, because the minute that things seem to be going as smoothly as plenty of American romantic sitcoms do, you will probably have the rug pulled out from under you. That definitely happened for many Jane fans last week after they realized that Michael may not have died after all.

Everyone's Twitter freak-outs are completely valid, because Michael's death seemed completely real, as shocking as it may have been. It seemed so real that now fans are left with way more questions than answers. One major question asks if Michael faked his own death, but Snyder Urman reassured everyone, "The truth is not quite that," while speaking to Variety. Jane's creator added, "I feel like that would be horrible, but that’s not the story we’re moving into." At least you can rest assured that you can cross that theory off the list.

That still leaves the question of Michael's amnesia on the table, though. Since Jane and her family constantly reference telenovela plot lines that involve amnesia, it seems like that definitely could be yet another plot twist regarding Michael's return. But that's not all. As Twitter user @xprodigywitch pointed out in a tweet, Michael once actually faked amnesia.

In the first episode of Season 3, when Michael was in the hospital recovering from getting shot, he pretended to forget Jane when waking up. The narrator cut in and said, "No! Not amnesia!"

Maybe this time it is amnesia, or maybe it's one of the many other theories about how Michael is alive circulating the internet. Unless Snyder Urman chimes in to shut down a theory, really anything is plausible. After all, with telenovelas like Jane, anything is possible.