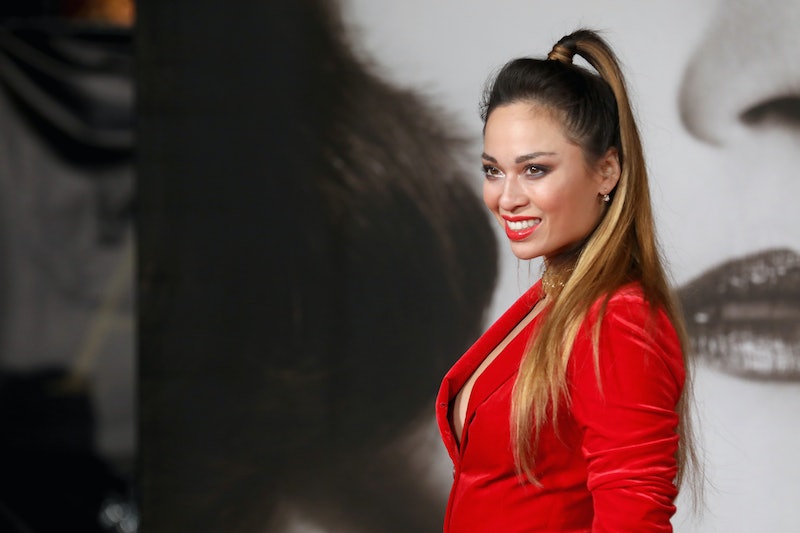 It's almost time for one of the most hotly-anticipated shows of the year. Strictly Come Dancing will be back on our screens in a matter of months and I couldn't be more excited. The celebrities each pair up with a pro partners in the summer, ready to try and dance their way to a Glitterball trophy win from September. But in true Strictly form, rumours have already started swirling. It had been reported that dancer Katya Jones was to be left off the pro list and wouldn't be paired with a celebrity. However it has now been reported that Katya Jones will be a pro on Strictly 2019 after all. So here's what you need to know.

On Friday, The Sun reported that Jones had been axed from the pro lineup, meaning she wouldn't be paired up with a celebrity but would still be a member of the core dancing squad. The publication claimed that the reason for the decision was Jones' kiss with her then Strictly partner Seann Walsh. A source told the paper that the BBC wanted to "clean up the show's image." They continued, "Katya knows she is being punished for her actions and the scandal she caused. She feels BBC bosses are saying she can’t be trusted to act professionally with a celebrity." This seemed a little unfair from the BBC and sure enough Hello! then published a report which stated that the pro lineup for this year's Strictly has actually yet to be confirmed.

A source told the publication, "as usual, while the pro line-up has been confirmed, the celebrity line-up won't be for some time, therefore decisions over who gets a celebrity partner are yet to be made."

While all the pro dancers should now have renewed their contracts for the 2019 series they won't know for sometime whether they have a celebrity pairing. I contacted a representative of the show who confirmed this, saying: "Katya is part of this year’s pro dancer line up, as announced last month. Further information, including which dancers will be partnered with celebrity contestants, will be announced in due course." In fact the full list of this year's professional dancers (who may or may not have celebrity partners) can be seen here.

Both Katya and her husband and fellow Strictly pro Neil Jones have stayed very quiet on the whole issue of the kiss. However, that hasn't stopped speculation that Neil would replace Katya and get a celebrity partner this year instead. I'm really hoping that doesn't happen, and I trust that the BBC wouldn't let it. However there's no reason why Neil wouldn't get a professional partner of his own this year, in fact fans are seriously keen for that to happen, as Metro reports. In an interview with Hello!, Katya told the publication "I think the anticipation of Neil having a partner has been growing so strong, that everyone's going to vote for him instantly! It's going to be a battle."

It's fair to say that no matter goes on in her private life, which is none of our business anyway Katya has more than earned her stripes on the show. She took home the coveted Glitterball trophy in 2017 with partner Joe McFadden and what a win it was indeed. I, for one, can't wait to see what she does on the show in 2019.