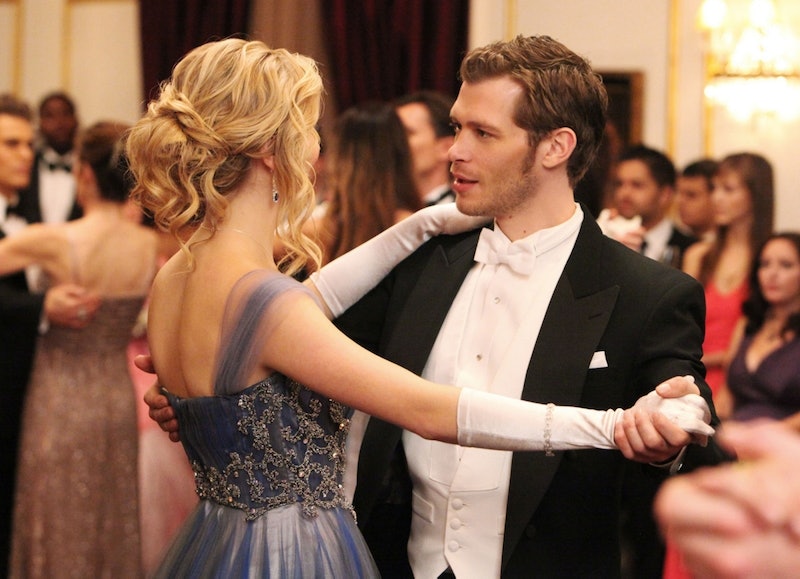 If Klaus' (Joseph Morgan) letter to Caroline (Candice King) left you in total shock at the end of The Vampire Diaries series finale, you're not alone. Turns out The Originals star Morgan himself didn't see that twist coming, either! For those who didn't watch, a quick recap: the moment for which all "Klaroline" fans had been waiting years and years to happen finally arrived in TVD's last episode.

In the final act of the emotional and powerful hour, The Originals antihero Klaus reached out to TVD's only remaining vampire Caroline in a letter that promised their relationship wasn't over. He even signed it, "however long it takes," which is basically the motto for Klaroline shippers everywhere! Despite being separated by two different CW shows, Caroline's marriage to Stefan (Paul Wesley) who — Spoiler alert! — died in the TVD finale and Klaus' own struggles to keep the supernatural society of New Orleans under his control, his letter and generous $3 million donation to her school for supernaturally gifted children opened the door for a new chapter in their fan-favorite relationship down the road, whether on The Originals or a new spinoff series or left up to the imagination of the fandom.

The show's creator Julie Plec told me before I watched the series finale that "yes, of course, I have laid a groundwork in the finale itself for future expansion of the universe." And TVD executive producer Kevin Williamson told me immediately after watching the finale that "we just wanted to suggest that there was another whole chapter to that story ... and that Klaus and Caroline finally, something did happen between them. You just have to imagine what that might be. It's just so that we all know that storyline did fulfill itself."

But Morgan tells me, laughing over the phone while discussing the upcoming Season 4 of The Originals (premiering Friday at 8 p.m. on The CW), that he had "no idea" that Klaroline development was coming.

"It's funny, if you look at Klaus' handwriting over the years, it's been very different," he says with a laugh. "It's all been written by a lot of different props masters. I had absolutely no idea that there was going to be a letter from him or anything like that."

So what does this letter and donation mean for their relationship moving forward?

"She's married, right?" he asks, before I remind him that her husband died in the TVD finale. "I don't know, I think Klaus is a respectable guy. But I don't know. Honestly, I couldn't tell you."

After that Klaroline moment aired, fans immediately took to social media wondering if Caroline was going to show up on The Originals to continue that story. But what does Morgan want to see from that relationship?

"Well regardless of what I want, I know what's going to happen already," he says with a laugh. Since The Originals wrapped filming of Season 4 "just before Christmas," the entire season has already been shot.

"See, this is the weird situation we're in," Morgan says. "It's not like I can say, 'Oh, I don't know, we'll see what happens,' can I? No, because I've shot all the episodes. So I'll leave the fans to make up their own minds about what they want from that. I can't really say."