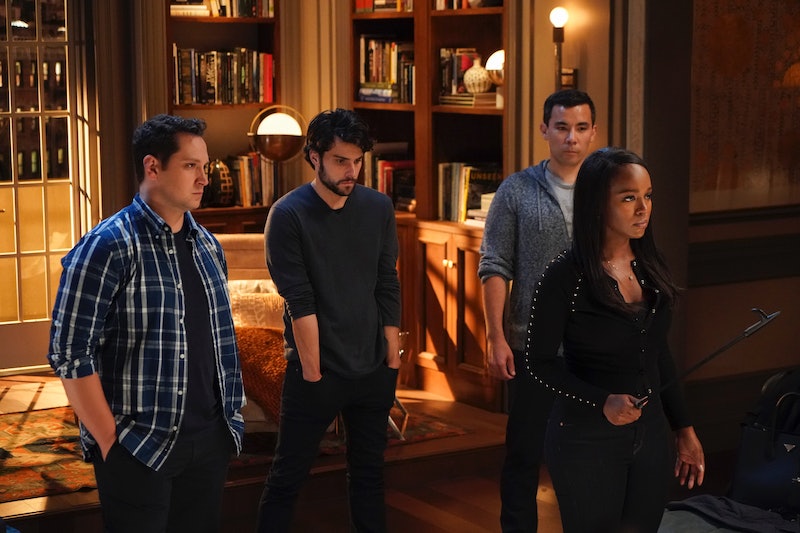 It's taking way too long for Laurel to return to How To Get Away With Murder after she and Christopher were kidnapped at the end of Season 5. They shouldn't be this hard for Annalise Keating and her crackerjack team to find. Even though Frank finally got evidence that Laurel's safe deposit box had been emptied and followed security camera clues to a safe house where Laurel's brother Xavier Castillo appeared, that doesn't tell us much. Was he the one who took Laurel or is Xavier, like Frank, on her trail trying to find her? Fans can't keep hanging on to this cliff for much longer.

The only significant clue Frank found in the safe house is a crib, indicating that at least Laurel and baby Christopher are together, wherever they are. It also seems like she wants to be found. Laurel is smart, and knows that a bank's security camera will leave enough breadcrumbs for someone to trace her whereabouts.

Her appearance in the trailer for Season 6 proves that Laurel is coming back to HTGAWM eventually. So the question isn't if Laurel is ever coming back at all, it's when we'll see her again. There are only 15 episodes in Season 6, per Deadline, and Souza has so far not appeared in the first three. Making an educated guess, it seems likely that Laurel will either return at the very end for the series finale, and/or to drop some bombshell game-changing information at the midseason. In the trailer, Laurel informs the rest of the K5 that the FBI is onto them.

That said, Laurel's distance from Annalise and her former law school colleagues may be more permanent than we think, since TVLine confirmed that actor Karla Souza left How To Get Away With Murder as a series regular in Season 6. As you may have noticed, Souza's name no longer appears in the opening credits of the ABC series — so when she does return, it will be as a guest star appearance. TVLine's sources only gave a rough estimate of how many episodes Souza would appear in, guessing about two or three.

HTGAWM creator Peter Nowalk nevertheless told TVLine that he and the writers will “try to be giving you answers as quickly as possible [as to] where Laurel and Christopher are," and laid out three potential possibilities. She could have "disappeared herself;" she could have been kidnapped by her own family; and she could have been taken by someone else entirely.

"All of these questions are on the characters’ minds and the audience’s mind," Nowalk said, "so we’ll be trying to provide them with clues as to what really happened.” Frank was able to confirm that Laurel and the baby are safe and together (for now). Now that Xavier has arrived on the scene, those answers about why his sister and nephew vanished in the first place better be following suit.

More like this
This 'Gossip Girl' Wardrobe Error Has Gone Viral On TikTok
By Alyssa Lapid
'The Last Of Us' Has Officially Been Renewed For Season 2
By Darshita Goyal
Shonda Rhimes Responded To The Surprise Exit Of A Day 1 'Grey's Anatomy' Figure
By Grace Wehniainen
'Succession' Season 4 Will Be An "Absolute Banger" According To Cousin Greg
By Bustle Staff
Get Even More From Bustle — Sign Up For The Newsletter
From hair trends to relationship advice, our daily newsletter has everything you need to sound like a person who’s on TikTok, even if you aren’t.