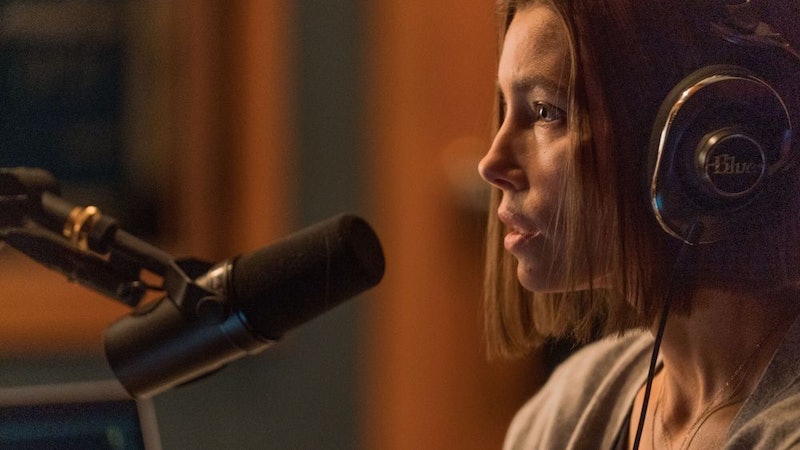 Since the series is based on a podcast that has two installments, it's basically a given that Facebook Watch's Limetown will return for a second season. That being said, the streaming network hasn't confirmed the show's future just yet so anything can happen. Although the onscreen version departed in some key ways from the podcast, the endings were pretty similar, so it's possible that the show could pick up where it left off.

The podcast's first season ends with Lia (played by Jessica Biel in the Facebook series) being kidnapped, setting up Season 2's central story arc of basically using her as bait to lure her uncle Emile (played by Stanley Tucci in the show) out of hiding. The easiest way to do that is through Lia, but of course, things aren't quite that simple, and her kidnapping sets off a series of strange and scary events.

Much of the action in the second season of the podcast comes from the introduction of new characters Daniel and Charley, both of whom play pivotal roles in the post-Limetown Panic storyline, albeit for very different reasons. Why does Charlie have survivor tapes and are they even real? Why did Daniel kidnap Lia? These questions (sort of) get answered over the course of the podcast's second season, so it would be great to see them play out on screen as well, which always adds another dimension to a story that audio alone can't provide.

Limetown podcast and series creators Zack Ackers and Skip Bronkie would most likely be on board with continuing the series in this format, as they've always believed that the project was a "natural" fit for TV and jumped at the opportunity to adapt the story for a visual medium.

"Our brains were always in the film, television, and visual storytelling space. When we did the podcasting thing, that was the sort of backwards complicated way to tell a story," Akers told The Hollywood Reporter in an interview . "When we had the chance and the opportunity to adapt it to the visual medium, it almost felt natural in a lot of ways, and like a relief."

Biel would also potentially be on board for a second season, especially given her passion for Limetown. She's not just the star of the show, but she also served as an executive producer on three episodes of Season 1, further showcasing just how invested she is in telling Lia's story. Of course, an actor's desire to continue in a series doesn't guarantee that it will happen, but it can't hurt to have the person at the center of Limetown be such a big believer in it.

While Limetown's future on Facebook Watch is still uncertain, with a passionate cast and creators on board plus an additional season of the podcast already in the bag and ready for TV adaptation, the platform could potentially announce a renewal sometime soon.

More like this
Wait, Is 'Happy Valley' Not Actually Over?
By Darshita Goyal
'The Last Of Us' Episode Schedule Competes With The Super Bowl & Oscars
By Brad Witter
Grammys Host Trevor Noah Made Adele's Dream Of Meeting The Rock Come True
By Brad Witter
Pedro Pascal Barely Got Through The "Lisa From Temecula" 'SNL' Sketch
By Stephanie Topacio Long
Get Even More From Bustle — Sign Up For The Newsletter
From hair trends to relationship advice, our daily newsletter has everything you need to sound like a person who’s on TikTok, even if you aren’t.