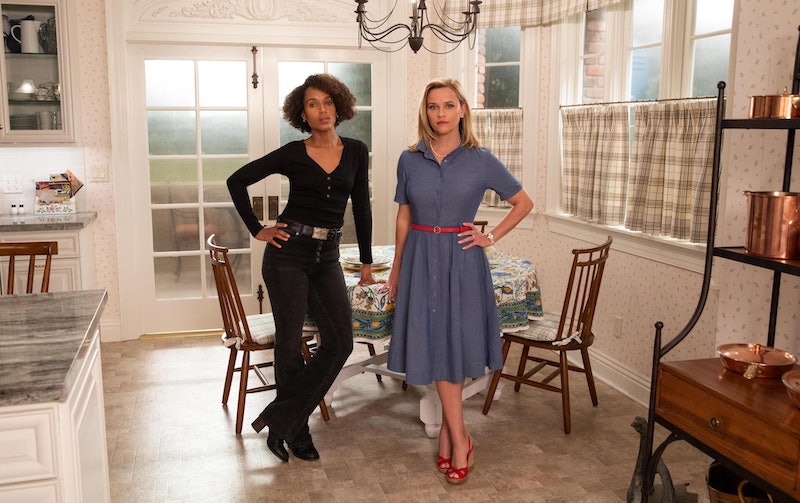 Though being billed as a miniseries didn't stop Reese Witherspoon's other splashy, based-on-a-book show from returning for Season 2, it seems like Little Fires Everywhere will truly be over after its Season 1 finale. At least if showrunner Liz Tigelaar has anything to say about it. "I see it as one and done," she told the New York Post. "I do feel like things are burnt to the ground." She means literally, in that Elena Richardson's house has burned to the ground, but also that the storyline neatly follows the Celeste Ng novel it's based on right up until the end. The show did make some changes, but those were mainly to fill out character backstory, not to set up a second season.

Still, Little Fires Everywhere star Gavin Lewis, who plays Moody, does think the book's ending leaves room for more. "I think the book definitely has a solid, definite ending. And I don't want to call it a cliffhanger, but it does leave some possibilities open," Lewis told The Wrap in another interview. "I think there is plenty more story to be had if the writers decide to come back and do something more."

If that second season doesn't materialize, interested parties can check out Ng's other novel, Everything I Never Told You, which has some of the same themes as Little Fires Everywhere. Similarly set in a small Ohio town, the book follows two Chinese-American parents who put too much pressure on their daughter Lydia to fulfill their own lost dreams. When Lydia dies and her killer remains unknown, their hopes — and world — are shattered. The book is currently being developed into a movie starring Julia Roberts, so while Little Fires may be over now, there's more of Ng's storytelling coming to screen.