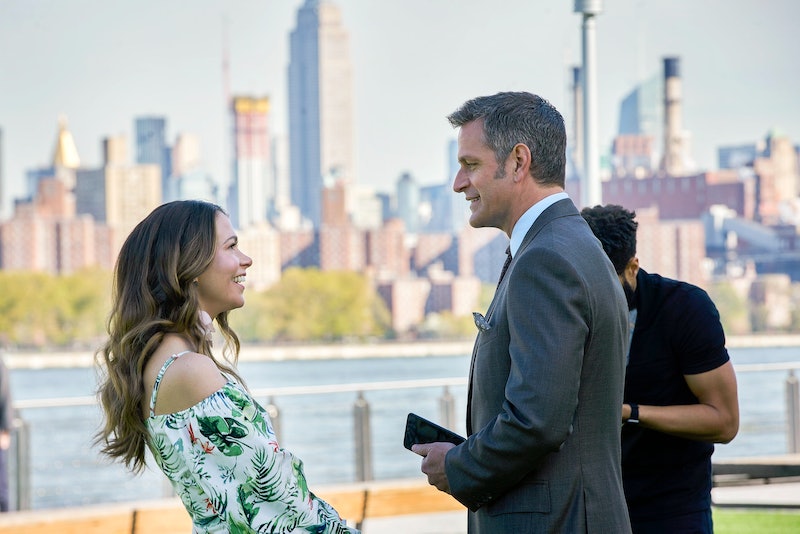 Warning: Younger Season 6 spoilers ahead! For being a half-hour comedy, Younger has always been a pro at leaving fans with some pretty surprising cliffhangers throughout the years. (Remember Thad's shocking death scene?) And the sixth season finale proved to be no different, especially since it included a shocking, spur-of-the-moment proposal when Charles popped the question to Liza in the middle of Diana's wedding reception. But will Liza and Charles get married on Younger? The two of them were interrupted before Liza could give Charles her answer, but based on her lingering feelings for Josh, her response could end up going either way.

The majority of the season focused on the fact that Liza and Charles are now a full-fledged couple, no longer needing to hide their feelings or relationship from anyone. And while their relationship hit a few obstacles along the way — mostly when Charles was competing against Kelsea and Liza for new clients for his rivaling publishing company — they managed to come out on the other side stronger than ever... or so it seemed. Liza clearly has strong feelings for Charles, yet the memories of her time with Josh kept popping up from time to time like the ghosts of what could've been. In the end, she decided to cut off communication with Josh, knowing that their gravitational pull toward each other was too strong and tempting to resist for much longer.

But does that mean she will (or should) say yes to Charles?

Obviously, viewers won't know Liza's decision until next season. Thankfully, the show has already been picked up for Season 7, so you're guaranteed to get an answer at some point down the line, though a little bit of patience will be required. It'd be difficult for Charles' relationship with Liza to continue if she turns down his proposal, so the fate of their entire romance could hang in the balance right now. She knows Charles is the better fit for her, given that he's a great guy and age appropriate (her words, not ours), but the passion and special connection she had with Josh is still there and may ultimately impact her decision.

Regardless of whether you're Team Josh or Team Charles, the most important thing that matters is what Liza wants for herself. A decision of this magnitude shouldn't involve a checklist or be based on who looks better for her on paper. She needs to figure out what will make her the happiest and lead with her heart rather than her head.

Maybe she'll yes to Charles only to realize later in the season that she can't go through with it. Perhaps she'll turn Charles down and then regret it later on and try to win him back. Predicting where this show is going to go has never been easy, but this will certainly prove to be a pivotal turning point in Liza's journey. Someone's heart is about to get broken, the only question is — will that heart belong to Josh or Charles.