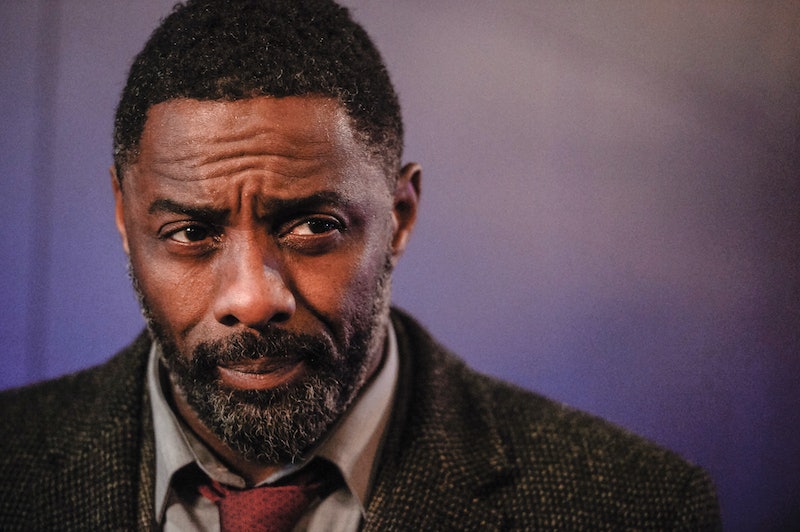 I feel the same way about Luther as the show's eponymous main character feels about Alice, the woman he's in love with. I'm weary of it, terrified of it, and I've developed some trust issues with it. Sometimes, like Alice, it leaves abruptly and I'm never sure when, or even if it'll ever return. Thankfully for me but not for my nightmares, series five of the show is currently rolling out in full force, but I'm already thinking about what — if anything — will come after this. I'm desperate to know, will Luther return for series 6?

Idris Elba has returned to screens as DCI John Luther, and he's brought along some of the most horrendous villains that primetime TV has seen in quite some time. All I want to know, is when can it continue? I've been a bit weary since there was a big three year gap between series four and five — the finale of the previous series was aired on Dec. 22, 2015, according to the BBC site. Will I have to wait as long for the next series? By the sound of things so far, thankfully not. And for those that were worried — series five definitely won't be the end.

Speaking to Empire on Nov. 28, 2018, ahead of series five's premiere, Elba confirmed: "This season is not the end. But there are some real changes that will happen." But whether Luther's continuation will take the form of another series is still to be told. Whispers that a fully-fledged Luther film will happen have been going around for a long time now, and reading between the lines, I think Elba could have been hinting at it when he told Empire: " Our ambition is it falls on the scale of Seven."

Series five's official synopsis, which I found on the BBC site, could give some indication as to what will happen beyond series five. It reads: "While the monstrous and seemingly indiscriminate killings become ever more audacious and public, Luther and new recruit D.S. Catherine Halliday played by Wunmi Mosaku are confounded by a complex tangle of leads and misdirection that seems designed to protect an untouchable corruption." If it's so "untouchable," hopefully they won't be able to solve it until series six rolls around.

But a full Luther film over another series is starting to look more and more likely. In an interview with the Radio Times on Jan. 1, 2019, Elba confessed that, “I don’t think we’re going to do too many TV versions of it; I think the next step is to make a film.” But does a sixth series count as "too many TV versions"? I don't think so. I could sure do with another series, at least as a primer for the film.

Plus, I'm going to have to steel myself for a full length feature. Luther just seems to be getting grizzlier and grizzlier, and at this rate, I'm probably going to have to bring an inhaler to Luther: The Movie.