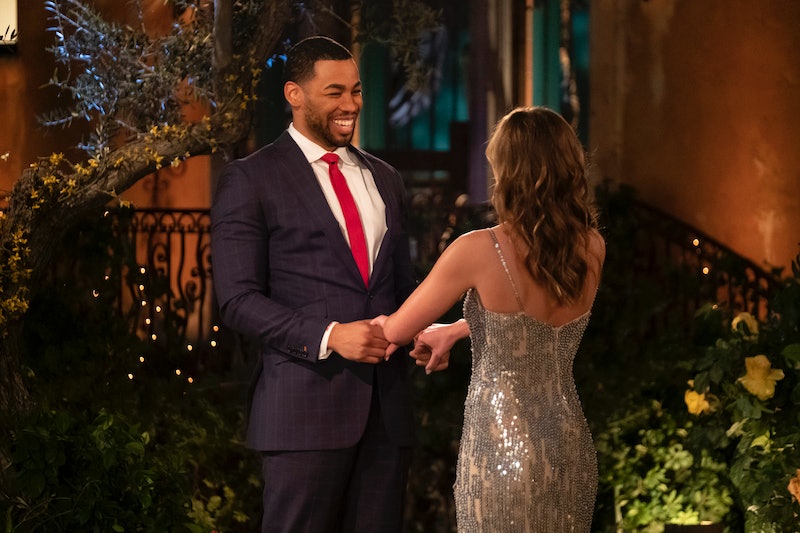 We don't know yet how far he'll make it on The Bachelorette, but if fans have anything to say about it, Mike will be the next Bachelor — assuming things don't work out with Hannah B., that is. The Air Force vet has been a favorite since basically night one, and much as everyone is rooting for him to end up with Hannah, the competition is getting stiff. After all, there can only be one man who gets that final rose. And if it's not Mike, he's certainly proved he's Bachelor material.

From the beginning, Mike has been game to throw on a pair of heels and dive headfirst into a silly group date challenge, and he's been equally as willing to be open and vulnerable about some difficult parts of his past. When Luke P. drama — of which there's been a lot — has dominated the night, Mike has been there to stand up for Hannah, put Luke in his place, or else roll his eyes along with everyone watching at home. But he hasn’t lost sight of why he's there, and he hasn't let any anger or irritation get the best of him.

So while we wait to see who Hannah picks in the end, here are all the reasons Mike should be the next Bachelor if it's not him.

He's Not Afraid To Be Silly & Fun

Mike kind of killed it at the drag show early this season — he stripped down and strapped on a pair of stilettos without hesitation. And since then, he's been game for everything else that's come his way. If he were Bachelor, you know the dates would be super fun and laidback.

He's Willing To Have Tough Conversations

On an earlier episode, Mike told Hannah about a miscarriage his former partner went through, and about how their relationship ended shortly afterward. He didn’t go into detail, but he made it clear that it had a lasting impact on him, and that he wants to be open with those past struggles with any romantic partner he has.

Not only did Mike tell Hannah what happened with the miscarriage and how much it affected him, but he also reflected on how he might have better supported his former partner through it. Mike's shown that he can reflect on his actions and wants to do better in the future, and that's a real sign of emotional maturity — something any Bachelor would need to have if they’re looking for a lasting relationship.

He Seems To Be Friends With His Castmates

You can tell a lot about a contestant by how the rest of his castmates feel about him. Unlike the leads, the suitors are the ones who are around each other basically 24/7, and really get to know each other in that time. But Mike hasn't had any conflict in the house aside from with Luke P., who has conflict with everyone. In fact, he seems to genuinely be pals with a lot of the other men, which suggests he's the kind of friendly, truly good guy the franchise should support.

Bachelor Nation Is Long Overdue For A Black Male Lead

On top of all the reasons already listed, it's time The Bachelor has a lead who isn't yet another white dude. In the past, black men have successfully wooed Bachelorette fans only to frustratingly be passed over as a lead (we'll always love you, Wills). After *23* seasons, the show should be working on representing all kinds of men looking to find love. Rachel Lindsay was a great start as the first black Bachelorette, but non-white leads shouldn't feel like outliers.

He's Who The Fans Want

Remember last year, when everyone was pulling for Blake or Jason to be the next Bachelor, and then ABC chose Colton? The network could remedy that disregard for fans' wishes by giving them what they obviously want.

Mike isn't a shoo-in for The Bachelor just yet, but all the ingredients are there. He'd be the perfect lead for these reasons and more, and producers are doing the franchise a disservice if they don't consider him seriously.