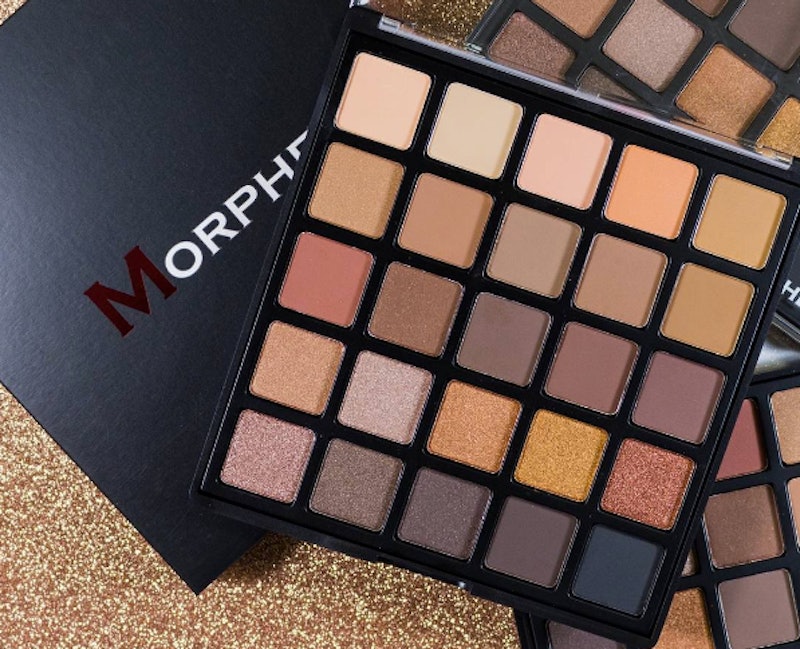 Morphe has been on a roll with their makeup creations lately. On the same day at the same time, they released a brand new brush set and two new eye palettes. Both of the items are limited edition, but it was the latter that sold out in just hours. If you're wondering if Morphe's Copper Spice and Bronzed Mocha Palettes will be restocked, I have some good news. Makeup lovers can breathe easy, because these kits will be back.

When Morphe launched their two limited-edition palettes, it was clear that they would be instant bestsellers. I had no idea that they would go so fast though. I guess people were putting all of their holiday money to good use. According to the brand, both the Copper Spice and Bronzed Mocha Palettes are limited edition. Normally, for the brand, that means that there wouldn't be another restock. This time around is a little different though.

According to Morphe's Instagram, you'll see the shades again, but it's not exactly clear when. The post says that due to high demand of the palettes, they're going to restock them both. They didn't give an exact date or time just yet, but this is pretty major news. Fingers crossed that they just go ahead and make it permanent, so that everyone can get one.

Once you see these palettes, you'll know exactly why they went so fast. The colors are absolutely gorgeous. Not to mention how awesome the price is. The first time around, which I assume will be the same for the restock, you could either shop each palette separately for $17.99 or buy them both for $33.98. It doesn't get much more affordable than that!

I told you that they were pretty! One has more warm tones while the other is more cool. There's no telling whether this will be the last restock, so you should probably just plan to buy on the next time around. They're too pretty not to have in your makeup collection!

Keep those eyes peeling on social media, because this is one launch that you definitely won't want to miss!

More like this
14 Fall Lipstick Colors That Are Trending For 2022
By Audrey Noble
Kate Middleton’s Wedding Perfume Is On Offer Right Now
By Rebecca Fearn
42 Black Owned Fashion & Beauty Brands To Support Today & Always
By Mekita Rivas, Shea Simmons, Kui Mwai and Dominique Norman
Benefit Just Upped The Brow Game – Again
By Justine Knight
Get Even More From Bustle — Sign Up For The Newsletter