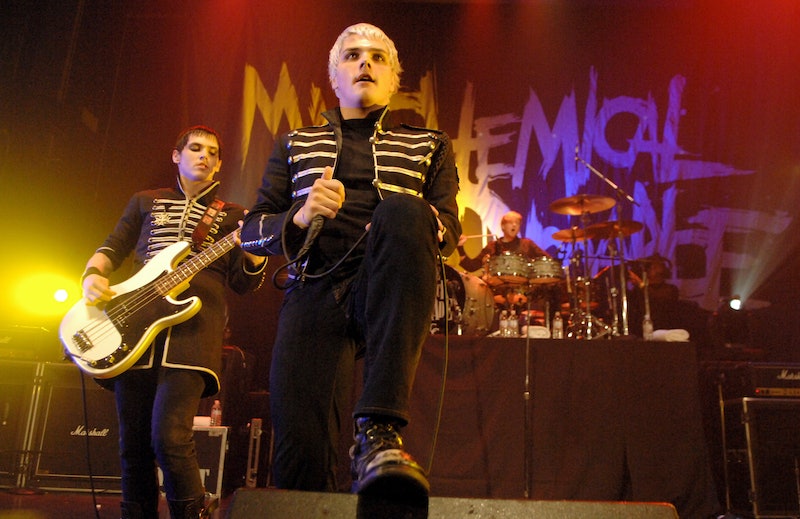 The rubbish thing about becoming obsessed with a band at a young age is the passing of time. Sadly, although their music may not, their union often has a time limit. But you know what is the absolute best? Reunion tours. And after My Chemical Romance reunited for an L.A. concert in December 2019, British fans immediately started wondering: will My Chemical Romance tour the UK in 2020?

I am so ready to rejoin the Black Parade. Pass me the straighteners and some black hair dye IMMEDIATELY.

The band revealed the reunion news via their social media accounts on Halloween 2019 (because, obviously), letting fans know that they are to reform for a show in L.A. on Dec. 20 later that year. They later went on to announce that they are set to headline the Download festivals in Australia, New Zealand, and Japan.

As exciting as these announcements were, it was hard for UK fans not to be a little disappointed. The U.S., Australia, New Zealand, Japan... What about us?

When My Chemical Romance broke up (stop it, you're crying), frontman Gerard Way wrote one of the saddest (and long) letters you'll ever read. One which he signed off with:

"My Chemical Romance is done. But it can never die. It is alive in me, in the guys, and it is alive inside all of you. I always knew that, and I think you did too.Because it is not a band — it is an idea."

Way's writing prowess isn't solely for writing super wordy letters but also for being the mind behind the enormously successful graphic novels on which Netflix show The Umbrella Academy is based on.

He spoke to NME, explaining that the team work, love, and respect between the members of the Umbrella Academy was definitely inspired by his time in the band:

"I can see the guys from the band in each of the characters. And people I met on the road too. And there's a lot of stuff in there about fame as well. A lot of that was my way of processing the experience My Chemical Romance had if I'm being totally honest."

All fingers, toes, and black eyeliner pencils crossed an announcement of even more UK dates,

This article was originally published on November 1, 2019