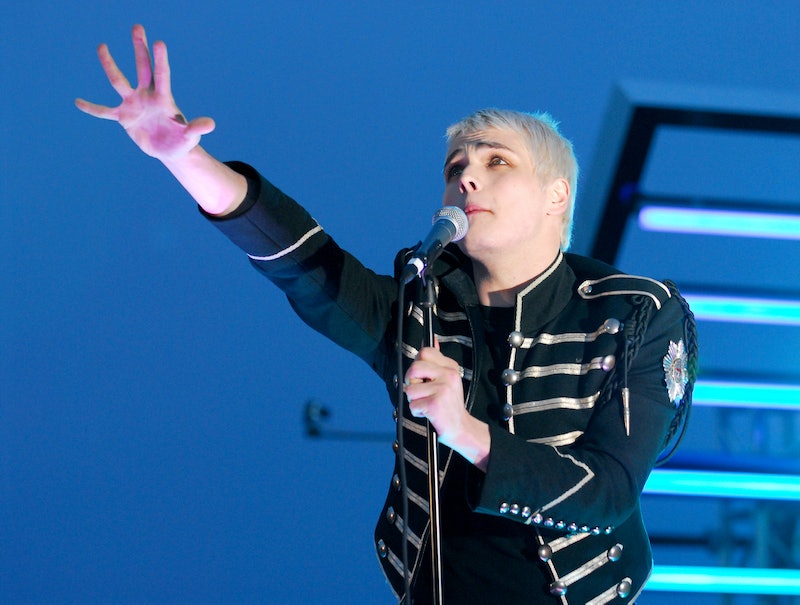 Welcome to the welcome back parade, My Chemical Romance. On Dec. 20, MCR will reunite for a concert at Shrine Expo Hall in Los Angeles. This will be their first live show together since 2012. If you want to know how to get tickets to My Chemical Romance’s reunion show, look no further than the band’s Twitter account. MCR tweeted on Thursday, Oct. 31 that tickets to the concert will go on sale Friday, Nov. 1 at noon PST. The tweet also included a link to the AXS page where the tickets will be available. Be sure to set an alert and create a bookmark so you do not miss your opportunity to get first dibs at the tickets. The Dec. 20 concert is the only reunion date MCR has announced so far.

UPDATE 11/1/19: On Friday, Nov. 1, the My Chemical Romance Twitter account tweeted the reunion concert is now sold out.

EARLIER: My Chemical Romance started in 2001, and the band went on to release acclaimed albums like Three Cheers for Sweet Revenge and The Black Parade. A dozen years after the group began, they decided to call it quits: My Chemical Romance announced on their website on March 22, 2013 that “it has come time for it to end.” And now it has come time for their breakup to end.

For the last six years, fans have hoped for an MCR reunion, and while it did not seem totally impossible, it also was not a given. Frontman Gerard Way told Billboard in 2017 that he "wouldn't count [a reunion] out, but at the same time everybody's doing stuff in their lives now that they're really enjoying."

Fast-forward to 2019 when Way chatted with the Guardian ahead of the Feb. 15 release of the Netflix adaptation of his comic book series The Umbrella Academy. When MCR came up in the interview, he said they “definitely get offers regularly to reunite – it’s a constant thing.” However, he did not seem to believe a reunion was actually in the cards: “I miss playing with the guys, but I don’t think so.”

A few months after Way all but dashed reunion dreams, Joe Jonas spilled some beans that suggested all hope was not lost after all. When promoting the Jonas Brothers' new album on KISS FM UK in June, Joe causally mentioned that MCR "apparently were rehearsing next to [the Jonas Brothers] in New York recently." But then in a July interview with Asbury Park Press, My Chemical Romance guitarist Frank Iero shut down the JoBro's scoop, but did not rule out a reunion entirely. He told the outlet, "I survived a bus accident, so anything is possible."

The following month, Joe's remarks came up again when Iero appeared on the Zach Sang Show. Regarding the rumor, Iero said, "I don’t understand why you would do an interview about your band and talk about someone else’s band." Iero then posited a theory that the Jonas Brother only brought up MCR to help "rebrand their band as a real rock band." Joe has not responded publicly to these claims.

Looks like Joe Jonas was onto something after all.