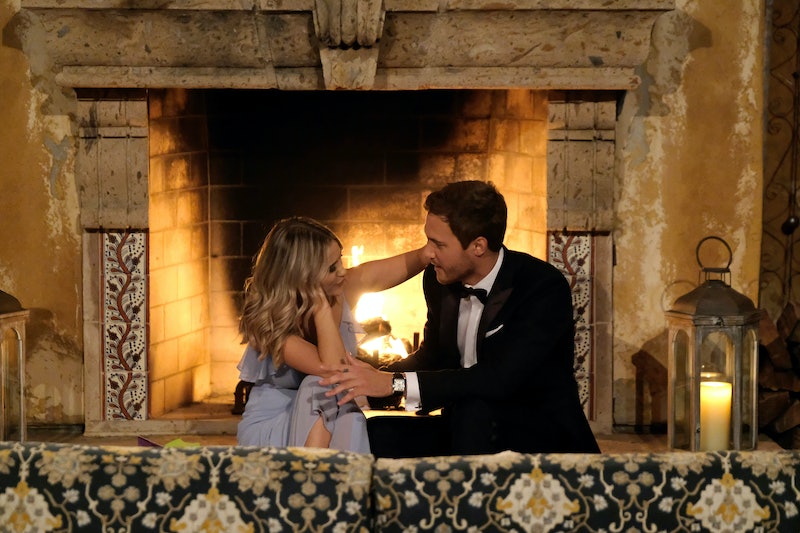 Though the official cast list hasn't yet been announced, it seems almost inevitable that Mykenna will end up on Bachelor in Paradise. Not only did her unusual tongue movements and over-the-top facial expressions make her the most meme-able contestant on Peter's Bachelor season, her feud with Tammy is the perfect set-up for drama on the beach — especially considering how they left things.

After winding up on an impromptu 2-on-1 date, the two got pretty heated, and they ended on a tense note. "I feel bad for you. I hope you watch this over and see who you really are, honey," Mykenna told Tammy just before Peter eliminated her. Of course, Mykenna also ended up going home after the rose ceremony (a bait-and-switch move on Peter's part that garnered a fair amount of sympathy for Mykenna from Bachelor fans). If both she and Tammy wind up in Mexico, they'll have a lot to hash out. It could be a good opportunity for them to clear the air, and for them both to get another shot at love — just hopefully not with the same man. Or it could just lead to more fighting. Either way, it would make for great TV.

Mykenna also seems to have come away from The Bachelor with a better idea of what she wants in a partner — or at least what she doesn't want. "This girl right here is tough and strong ... and she knows what she deserves," she told the cameras upon her exit. "I feel like I'm more madly in love with who I am than anything."

That sounds like the perfect mindset to be in while navigating the murky waters of Bachelor in Paradise. Besides, think of all the potential gifs!