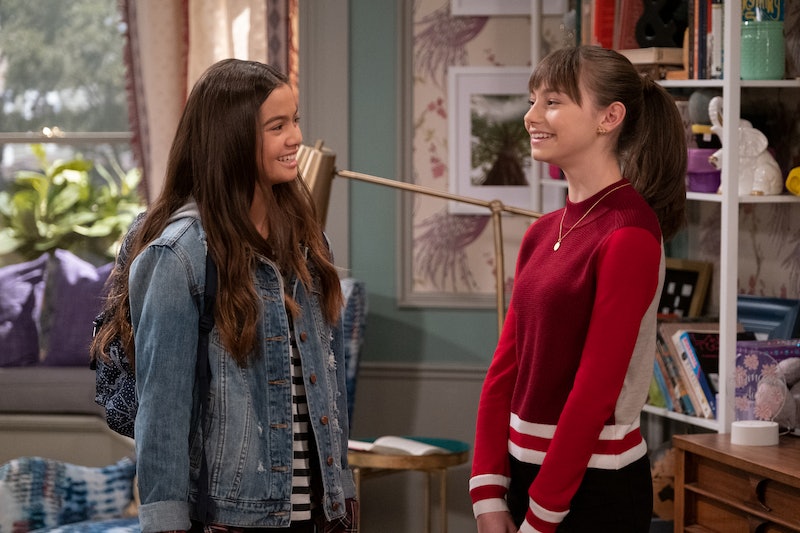 Sabrina the Teenage Witch fans who've missing their Melissa Joan Hart fix are in luck. The original Sabrina Spellman actor is back, only instead of casting spells and talking to her cat, she's playing a loving mom named Liz on Netflix's new family comedy, No Good Nick. The show follows a suburban family that adopts a young girl who's actually a con artist with nefarious intentions. Season 1 hit Netflix on April 15, and based on a previous announcement, it seems pretty likely that No Good Nick will return for Season 2.

Last September, Netflix's VP of kids and family, Melissa Cobb, released a statement announcing how excited the streaming company was at the prospect of putting Hart and Sean Astin, who plays dad Ed Thompson, together in this unique family story. "Melissa Joan Hart and Sean Astin are beloved by millions of fans around the world," Cobb said, per Deadline. "We are delighted to bring them together as parents for the very first time. We hope to entertain kids and families with heart, mystery, and a lot of fun when No Good Nick comes to Netflix."

At that time, Netflix had ordered 20 episodes of No Good Nick, according to TV Line. Since there are only 10 episodes in Season 1, it follows that No Good Nick Season 2 will definitely be available to stream at some point in the future.

While there isn't an official release date for No Good Nick Season 2 just yet, Netflix tends to be pretty methodical about releasing new installments of its originals every six months or so. You can probably expect to be reuniting with Nick, Liz, and the rest of the Thompson family some time in October.

Critical reviews are also a factor when it comes to renewal, as Netflix isn't likely to cancel a series that could be a big draw for them. However, it doesn't look like No Good Nick is going to be on any Emmys shortlists this year. Amanda Bell of TV Guide wrote that the protagonist of No Good Nick is hard to like, and the show itself is lacking in original storytelling.

"10 episodes in, we don't get to know much about Nick at all, except that she's a phony who's long been manipulated by other phonies," Bell wrote. "Put simply, No Good Nick can't ever get past the repetitive gimmick of its premise, so all it offers is a sneaky, hard-to-like thief who lies to everyone, including herself."

When it comes to family sitcoms, though, reviews aren't necessarily make-or-break. Fuller House wasn't exactly a critical darling, but Netflix nonetheless kept the Tanner family revival around for five seasons. And the fifth and final season of Fuller House wasn't announced until January 19, 2019, which was a full year after Season 4 was greenlit. So if there's no news about No Good Nick for a little while, don't panic. Sometimes no news is good news.