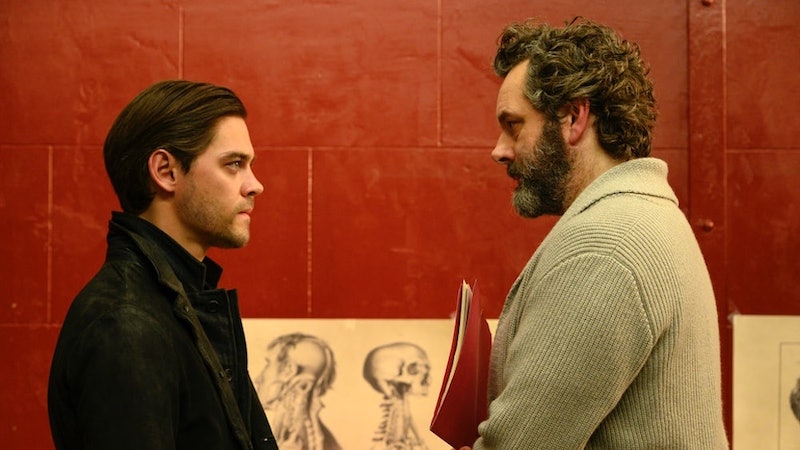 They say that history has a way of repeating itself, which is a notion Malcolm Bright will be charged with disproving. Now that he's been arrested for murder, the troubled criminal psychologist could be tempted to follow in his father's footsteps and become the killer he always feared was inside of him. But what will happen beyond Monday night's season finale remains unclear. At this time, Prodigal Son hasn't been renewed for a second season, which means there's a chance FOX will decide not to explore the Whitly family's journey much longer. However, not all hope is lost just yet.

It's still possible for the network to greenlight a sophomore season of the crime drama, especially considering how much faith it had in the series early on. Back in October 2019, Prodigal Son was given a full first season order after only two episodes had aired, bringing the full episode count up to 22 episodes total. But production came to a halt before the final two episodes could be completed in the wake of the coronavirus outbreak, which means that Episode 20 will most likely serve as the official season finale, though FOX hasn't completely nixed the idea of returning to finish out the original season once the Stay at Home order has been lifted and production can resume.

It's possible this shortened season will give FOX more of an incentive to keep the series around, so that it can gives these characters and storylines the closure they deserve.

“Prodigal Son delivers a fantastic crime procedural with a complicated and compelling father-son relationship at its core, thanks to the stellar performances from Tom Payne and Michael Sheen,” Fox Entertainment president Michael Thorn said in a statement shortly after the full season order was announced. “The series has razor-sharp writing, cinematic visuals and is an inventive twist on the genre. We want to thank our executive producers, Greg [Berlanti], Sarah [Schechter], Chris [Fedak] and Sam [Sklaver], Peter Roth and our partners at Warner Bros. and the entire cast and crew. We can’t wait to see how this twisted journey continues to unfold.”

Let's just hope the network higher-ups still feel as strongly about it when the time comes to make a decision about its renewal.