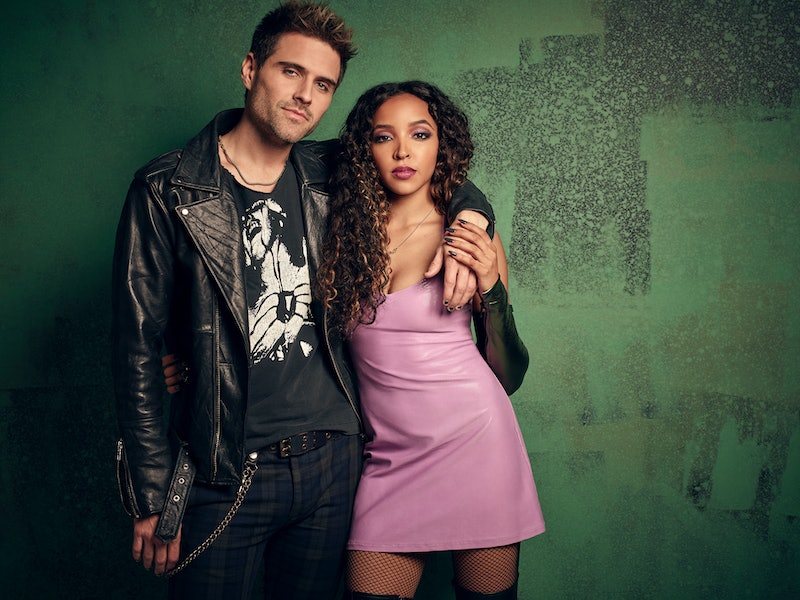 There are only two words in the title of FOX's upcoming musical event, but one of them is practically archaic in today's television landscape. Modern audiences may want to know: will Rent: Live! be on Hulu? There's no question that the age of "appointment television" is over; Game Of Thrones frequently feels like the last show the whole world watches together, and even that will be gone this spring. With everything from superhero shows (like Runaways) to popcorn horror movies (like Bird Box) and Oscar-nominated prestige films (like Roma) available instantly with the press of a button, the idea of being expected to sit down at a certain pre-ordained time is a thing of the past.

But the broadcast networks — once home to appointment TV such as ER, Friends, and Lost — aren't willing to let go of the idea of live, must-watch specials quite yet. NBC resurrected the idea of the live musical in 2013 with The Sound Of Music Live!. That idea proved enough of a success that it was followed by Peter Pan Live!, The Wiz Live!, and Hairspray Live!, and perfected by 2018's Jesus Christ Superstar Live In Concert, which earned an Emmy for Outstanding Variety Special and nominations for stars John Legend, Sara Bareilles, and Brandon Victor Dixon.

Naturally, FOX was quick to jump on the idea, broadcasting its own Grease: Live, The Passion, and A Christmas Story: Live!. Now comes perhaps the riskiest installment yet, with a production of Jonathan Larson's beloved but risqué 1996 Tony Award-winning musical Rent.

In an era of declining ratings — when even the Oscars are flailing to recapture their own dwindling audience with controversial PR moves — FOX is clearly banking on some heavy star power to draw in eyeballs. Vanessa Hudgens returns to the FOX live musical scene after earning rave reviews for her performance as Rizzo in Grease: Live. (Here she plays high-maintenance performance artist Maureen.) The network recruited infamous RuPaul drag star Valentina to fill the heels of street percussionist Angel.

But by far the most eyebrow-raising casting is Brandon Victor Dixon as Tom Collins, with the Emmy-nominated Jesus Christ Superstar performer jumping ship from NBC to join FOX's live musical roster. That's quite a casting coup for FOX, which is directly competing for eyeballs with the peacock network. Singers Mario (as Benny), Tinashe (as Mimi), film actress Kiersey Clemons (as Joanne), Hamilton star Jordan Fisher (as Mark), and newcomer Brennin Hunt (as Roger) round out the cast.

But even with that stacked cast, there will be people unable to tune into FOX's live musical event for any number of reasons. Some will be working; some may literally not have access to live television; some may be so unused to the idea of appointment viewing that they simply forget to turn the TV on until halfway through the broadcast. Will these poor souls ever be able to witness the joy and sorrow of Rent: Live!?

Fortunately, yes. Just like all of FOX's programming, the musical event will be available to stream on Hulu the following day — in this case, Monday Jan. 28. Sure, that means you may have to wait 24 hours to watch it when you get home from work the next day, but at least it will be online to watch its entirety, and you won't have to resort to watching it in a series of clips like anyone who misses the Oscars (or any number of other special broadcasts) live.

Mark, Roger, Mimi, and their friends may try to tell you that "there's no day but today." But in the age of streaming, there's always tomorrow.

More like this
'Elite' Season 6 Is Arriving Sooner Than You Think
By Gretchen Smail and Grace Wehniainen
What’s New On Netflix: Ana De Armas’ 'Blonde' & A Nick Kroll Special
By Arya Roshanian
The 'Reasonable Doubt' Cast Includes A 'Save The Last Dance' Reunion
By Grace Wehniainen
Nicola Coughlan Shared A Lady Whistledown Excerpt From ‘Bridgerton’ Season 3
By Grace Wehniainen, Alyssa Lapid and Sam Ramsden
Get Even More From Bustle — Sign Up For The Newsletter