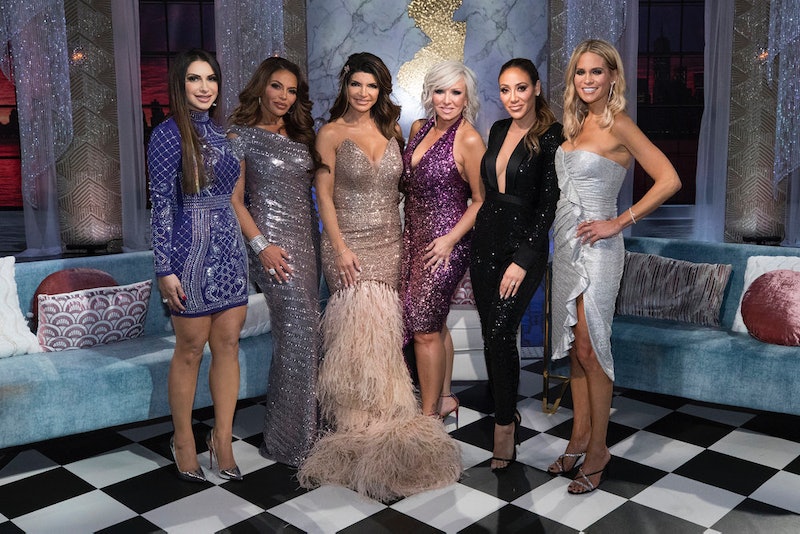 Between Teresa and Joe Giudice announcing their separation, Danielle Staub yanking Margaret Josephs' hair (with motivation from Teresa), and Jackie Goldschneider bravely discussing her eating disorder, the tenth season of Real Housewives of New Jersey was a heavy one. So heavy, in fact, it practically demands that RHONJ return for Season 11. Unfortunately, Bravo has yet to confirm if the show will return but looking back on the dramatic season, how could it not?

Rumor is Season 11 will not only happen, but it will happen fast. According to a March 3 report from HollywoodLife.com, a source said RHONJ would start filming Season 11 "right away" and "as early as next week," meaning the week of March 9.

As for whether or not all of the Season 10 cast will be back for more, well, there's one star fans definitely won't see — Danielle Staub. In January, Danielle said she wasn't returning to RHONJ. "I will never be returning as a Housewife again," she revealed on Watch What Happens Live With Andy Cohen. She later clarified, "Nope, never returning as a Housewife again — with the Jersey girls." In other words, just because she's done with New Jersey doesn't mean Danielle won't appear on another Bravo show again. Meanwhile, HollywoodLife.com reported on March 3 that everyone from Season 10 will return, except for Danielle.

Lately, it sure seems like most of the Season 10 cast are getting along. Well, at least enough to be in the same room. Teresa shared a photo on Instagram with her fellow co-stars on March 2 and captioned the image, "Friends," though Melissa Gorga was noticeably absent. It's unclear where she was at the time of the meet-up. Dolores Catania shared the same photo to her Instagram on Feb. 14 and wished her fellow ladies a happy Galentine's Day. This current peace could be a good sign for Season 11. Though, depending on what happens in the final installment of the Season 10 reunion, the ladies could still have plenty of tension ready to be explored in Season 11.

More like this
Everything To Know About 'RHONJ' Season 13
By Brad Witter and Jake Viswanath
Everything To Know About 'The Real Housewives Ultimate Girls Trip' Season 4
By Jake Viswanath
Andy Cohen Apologized To Larsa Pippen After A 'RHOM' Season 5 Reunion Dust-Up
By Brad Witter
'RHOSLC' Star Jen Shah Refuses To Do A Post-Sentencing Interview With Andy Cohen
By Brad Witter and Jake Viswanath
Get Even More From Bustle — Sign Up For The Newsletter
From hair trends to relationship advice, our daily newsletter has everything you need to sound like a person who’s on TikTok, even if you aren’t.