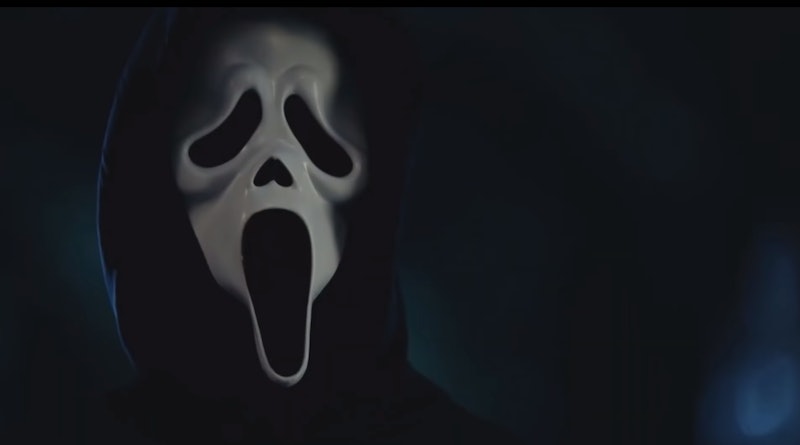 The 2015 reboot of Scream on MTV brought the horror franchise to television, attempting to tell a consistent story across multiple seasons with many of the same characters. The 2019 series Scream: Resurrection switched up that approach, moving from MTV to VH1, bringing back the film series' most iconic element — the terrifying Ghostface mask — and introduced an entirely new set of characters in a brand new setting. It's not yet been announced if Scream: Resurrection will return for a Season 2 or if there will ever be another season of the original Scream TV series. But based on the transition from the story of Scream Season 1 and 2 and Scream: Resurrection, it seems likely that future seasons of Scream could follow an anthology format.

Scream wouldn't be the first film franchise to evolve into an anthology series, as FX's Fargo used the original film as a jumping off point to create three seasons that each told different stories with different characters. The fact that Scream: Resurrection not only rebooted the TV series but also ends in a pretty definitive manner suggests that future Scream seasons will follow the same template, with some connective tissue between each season.

It's not yet clear what the future of Scream looks like, but there are a few things that fans can expect to be present in the series if the show continues to adapt an anthology format.

There Will Always Be A Masked Killer

The original Scream television series abandoned one of the film franchise's most iconic features — the Ghostface mask. However, they made up their own masked killers before Ghostface returned for Scream: Resurrection, suggesting that the iconic costume will be a part of any new seasons moving forward.

As much as Scream is a horror movie, it's also a whodunnit in which part of the fun or watching is trying to figure out who is behind the mask before the big reveal. It's simply not Scream if there's no mask.

The deaths in Scream are as bloody as they are creative, as the killer behind any given Ghostface mask is rarely content to kill with a mere stab of the knife. Scream has featured a variety of brutal deaths, and moving from the cinemas to the television hasn't made those deaths any less savage. It's not a horror movie without some death, but it's not Scream without turning everyday machinery into torturous murder devices.

Things Will Always Get Meta

What differentiates Scream from every horror franchise that came before it is that the characters recognized that they were in a horror movie. The characters in every iteration of Scream either use their knowledge of typical slasher tropes to fight back against killers, or are caught up in some kind of meta-commentary on the nature of horror films (see: the Stab franchise of movies within the Scream films). More than maybe any other aspect of Scream, the fact that the characters in the films are fully aware of their circumstances separate the series from any other horror franchise.

While the story of Scream: Resurrection ends succinctly, that doesn't meant that Scream won't return to television in one form or another. The franchise has already proven that it can pivot to telling new stories with the familiar elements, and while there is no confirmation that Scream will return, there's a clear template for what the franchise could become in the future.

More like this
Patrick Dempsey Explained Why Playing McDreamy Was Frustrating
By Grace Wehniainen
Ava DuVernay Thought The 'Queen Sugar' Series Finale Felt “Really Satisfying”
By Brad Witter
The 'Dead To Me' Creator Says Her Series Finale Idea “Felt Very True To The Show”
By Brad Witter
Will 'The Walking Dead' Return For Season 12?
By Grace Wehniainen
Get Even More From Bustle — Sign Up For The Newsletter