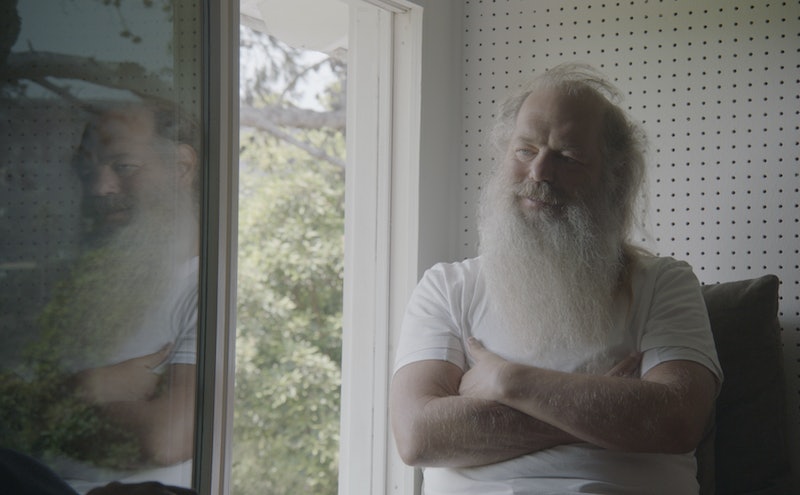 Showtime's latest docuseries is a four-part dive into legendary producer Rick Rubin's creative process. The title, Shangri-La, refers to Rubin's Malibu recording studio, where he's produced famous musicians — many of whom appear in the show. It boasts Jeff Malmberg and Morgan Neville as its directors, who both worked on the 2018 Won't You Be My Neighbor? Neville served as both the director and producer on the Mr. Rodgers documentary, while Malmberg was the editor. And although the fourth and final part of the Rubin series is set to air Friday, Aug. 2, on Showtime, it's doubtful that Shangri-La will return for Season 2.

Although critics have given the series positive reviews, there's no news on any future installments of Shangri-La. But perhaps it's best as a finite piece of work. Besides the fact that the docuseries is only four episodes long, it's an avant-garde peek into Rubin's psyche rather than an exposé with more narrative ground to cover. And the docuseries' subject is certainly a legendary and eclectic figure in the music business. According to Rolling Stone, Rubin cofounded Def Jam records while he was a senior at New York University and would go on to produce musical legends like Jay Z, Adele, Kanye West, Run-DMC, and more. Furthermore, the producer always goes barefoot, per the New York Times, and wears the same uniform every day. And then there's his impressive white beard.

In Shangri-La, Rubin invites guests to his Malibu studio to talk process. While the majority of his guests are men, there are a few exceptions. And in addition to musicians, Rubin also speaks to director David Lynch, comedian Jerrod Carmichael, magician David Blaine, author Seth Godin, and wrestling personality Stephanie McMahon, among others. Here are some of the artists viewers can expect to see in Showtime's docuseries.

This spoken-word performer said on Instagram that she was able to record an album with Rubin at Shangri-La the year prior — likely The Book of Traps and Lessons, which Tempest released in June 2019. "It was a challenging, joyful and life affirming process and the studio itself is one of the most inspiring and beautiful places I've known," she wrote in the post.

Fortunately, Rubin was able to speak with Miller before the rapper's tragic death in 2018. His final album, Swimming, was released in Aug. 2018, and he discussed his creative process with the legendary producer. "It's been an interesting journey for me to realize that the goal here is just to be as much 'me' as possible," he tells Rubin in the above clip. "That's the only goal, and how do we get that out of me into whatever we're making?" While it's clear that Miller wants to make more personal, "stripped-back" music, he has some reservations, exclaiming, "It's just so scary, man!"

This Japanese vocalist has a very avant-garde, electronic sound, which Rubin clearly vibes with. "I don't plan the songs, they come together through improvisation," Noit told Ravelin magazine in 2018. "When I make my music, I am driven by the desire to write something strange, something unique.... My songs are like strange collages, nothing is in the right or expected order."

According to Rolling Stone, the larger-than-life Red Hot Chili Peppers bassist opened up to Rubin about the death of guitarist Hillel Slovak and how it effected the band's dynamic moving forward.

"Shangri-La is a little bit like Valhalla," the Vampire Weekend frontman said in a teaser. "The fact that it's so beautiful, by the beach, and the air's different. There's like, some feeling about Malibu being this place that people like, ascend to.... You feel like you're going to a different dimension, or something. You're above it all in a kind of weird, sacred space."

Per the same Rolling Stone piece, Koenig expressed his reservations to Rubin about "This Life" — a song off their 2019 album, Father of the Bride. The singer worried that the track sounded "like a Smash Mouth song."

'80s rapper LL Cool J chatted with Rubin in the above clip about the concept of déjà vu and the necessity of changing your perspective. "There's [also] vu jàdé," the "Doin' It" singer explained, "which is when you look at something familiar in a new way."

According to the Economist, Rubin guided the Ctrl singer through some transcendental meditation during her appearance on the docuseries. And while Rubin didn't produce SZA's seminal, 2017 record (10 producers are credited on Ctrl, per DJ Booth), it's clear that he still gave SZA some invaluable advice. "I had this mentality that 'more is more' — more reverb, more background [vocals]," the R&B singer told Billboard back in 2017, referring to recording Ctrl. "I played [Rubin] a bunch of songs, and he would tell me, 'The more you take away from any piece, the more room you create for everything else to be beautiful and grow.' I never felt that before, the editing urge. Once you strip everything down, you're forced to say something."

The rapper released his sixth studio album, IGOR, earlier this year. Tyler produced the album himself, per Pitchfork, and the website also gave his latest an impressive 8.0 score. During his appearance on Shangri-La, Rubin and Tyler discussed his earliest influences, which included Mary J. Blige, Zhané, and Erykah Badu. "As a child, I usually just sat and read the credits to all the albums and the liner notes," he told the producer. "I loved the smell of the paper."

And those are just some of Rubin's guests. Other notable appearances include Rivers Cuomo from Weezer, Carlos Santana, Lil Yachty, Francis and the Lights, Makonnen, and Daniel Caesar, among others. So even if Shangri-La does return for a second season, it will likely be a long wait, given the impressive list of guests that appeared in its first installment.