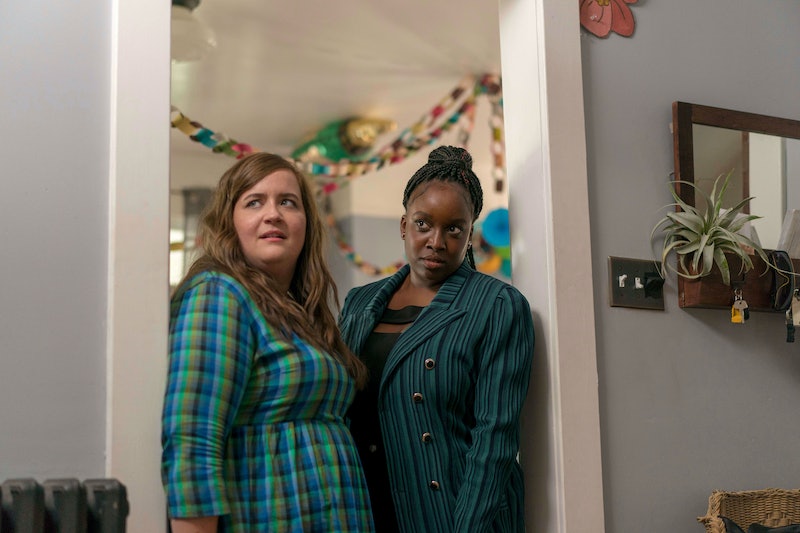 If you were wondering why your social media feeds are suddenly full to bursting with people talking about something called Shrill, it isn't a nasty dig at a talent show contestant, but a brand new TV show that has set Twitter alight. While Shrill is only really available to our US pals at the moment, there seems to have been plenty of demand for the comedy, which stars SNL's Aidy Bryant and British comedian Lolly Adefope, over here. But will Shrill be on Netflix UK, or any UK channel or streaming site? Because it's about time we got another excellent TV import from the US.

Shrill is currently airing on US streaming service Hulu, and you'll know — especially if you tried to watch the "other" Fire Fyre doc — that Hulu's only available to US residents. Trust me, it's the bane of my life. But, until Hulu comes to the UK (please, make it happen!), there's always a chance that Shrill might be shown on one of the UK channels or streaming sites beforehand... right?

Well, first up, let's talk about Netflix UK. Netflix and Hulu are rival streaming services, so it's unlikely we'll see Shrill on Netflix UK any time soon. In fact, the Radio Times recently shared Netflix's latest roster of upcoming shows, and while there are some very exciting arrivals coming soon (S/O to Stranger Things season three and Black Mirror season five), there was a distinct Shrill-shaped hole in the list. I've reached out to one of Netflix's reps to double check, and will let you know if I hear back.

So, what about Channel 4? The UK network has commissioned a number of Hulu shows, including The First and The Handmaid's Tale, so maybe that's a possibility? Sadly, right now, that's not looking good either. But Bustle has reached out to a Channel 4 rep to see if there are any plans in regards to commissioning Shrill, so I'll let you know if they get back to us.

Some shrewd Brits have tried their luck with Hulu, tweeting them to ask whether they'll be bringing Shrill to the UK. Sam W, for example, asked "@hulu I really would like to watch Shrill. When are you guys coming to the UK?" Sadly, the response from the streaming platform was: "We don't currently have rights to stream content outside the US (https://hulu.tv/International- ) but we'll certainly share your interest with the proper parties here."

To help soothe the agonising wait for Shrill the TV show, why not pick up a copy of Lindsey West's book Shrill: Notes from a Loud Woman, from which the TV show takes its inspiration. West's book was published in 2016, and gained huge critical acclaim. The book details West's confrontation with fatphobia, misogyny, and being told to pipe down — all while being a loud, full-figured, and fiercely intelligent woman.

In May 2016, the Washington Post praised West for having "written a compelling book on behalf of human decency," as her book is a tribute to the years she's spent taking "on fat-shaming, rape jokes and men who harass women under the guise of Internet free speech."