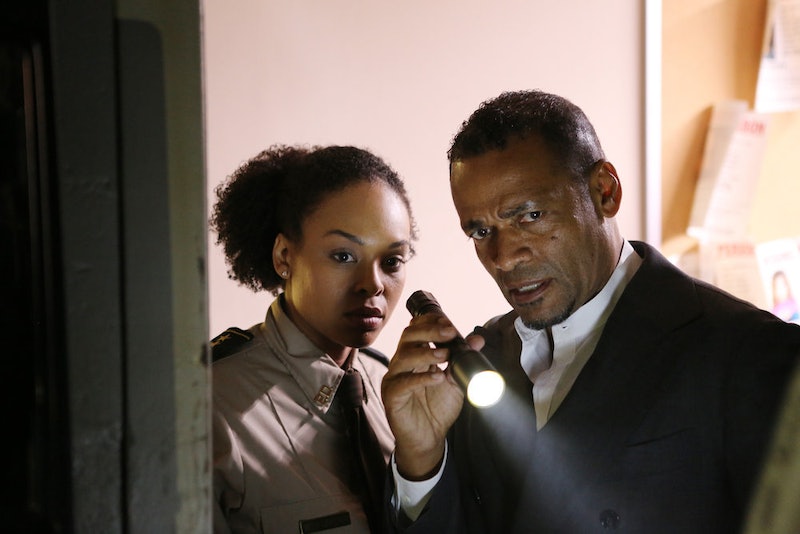 One of SyFy’s newest series Superstition (series film editing by: Ellen Goldwasser and Deanna Nowell, three episodes) is rapidly approaching its Season 1 finale, airing Jan. 18. With the end in sight, many fans are asking whether or not Superstition will return for Season 2. But, as of yet, SyFy has not confirmed whether the series will be cancelled or renewed for another season. Things aren’t necessarily looking good for the series, though, as several outlets are suggesting it could the one-and-done variety.

TV Series Finale, a website that specializes in reporting on the status of television shows, isn’t confident about the future of the show. It reports the show’s ratings have been low since its debut and they haven’t improved. Moreover, it was moved off of its original primetime time slot to Thursdays at 11pm. “Based on the ratings, I can’t see this show getting a second season,” a writer for the website said. The site did offer a glimmer of hope for fans of the series, though. “Netflix has picked up the international rights, so that extra cash may be enough to fund a second season," the writer wrote.

But, TV Series Finale isn’t the only outlet that’s doubting Superstition’s future. A writer from Cancelled Sci Fi, an outlet that reports on the cancellations or renewals of sci-fi shows, added their own take on the future of the series. “Superstition has barely registered in the ratings thus far and the network has done next to nothing to promote it. I only give this show a ghost of a chance at the moment, and, if there are any fans out there, they need to get active in supporting it.”

However, all hope may not be lost: There’s a pair of factors, besides that Netflix deal, that could lead to a future for the show. The first is that, although the ratings haven’t been ideal, the writers of Superstition tweeted that the most recent episode had higher ratings than the series’ premiere. Secondly, Superstition is truly enjoyed by viewers. A search of Twitter with the hashtag: #SuperstitionSyFy reveals numerous posts about fans talking positively about the series. Moreover, on Rotten Tomatoes, its audience rating is a very positive 80 percent.

Along with the fans of the series, Superstition’s writers are also hoping for a second season. Their Twitter account has retweeted a number of fans who have called for a renewal and they’ve also spoken out about their interest in writing more episodes. Back in December, when a fan was asking for a character to return, the account responded, “We need a Season 2 first! (Ya hear that, @SYFY???)”

But, it’s not just fans and the writers who want an additional season. Superstition’s director, Mario Van Peebles, has also expressed interest in the show's renewal. Although he hasn’t explicitly said anything on Twitter about the issue, he did retweet a fan who asked for not just a second season, but a third, and fourth, as well. In an interview Smashing Interviews Magazine he kept things up in the air when asked what was next for him. in early January, he was asked what else is coming up for him and his answer was pretty resigned. “I’m just finishing up the rest of Superstition. We finish the 12 shows, and then we’ll see where that goes. It has been a joy.”

Superstition's Season 2 odds aren’t particularly good. However, if fans of the series truly want to see another season, they may have the power to save the series. Just last year, fans saved another sci-fi series, Timeless, after it had been officially cancelled. So, who knows what’s in store for Superstition. Maybe, like the characters in the series, the show can come back from the (potential) dead.