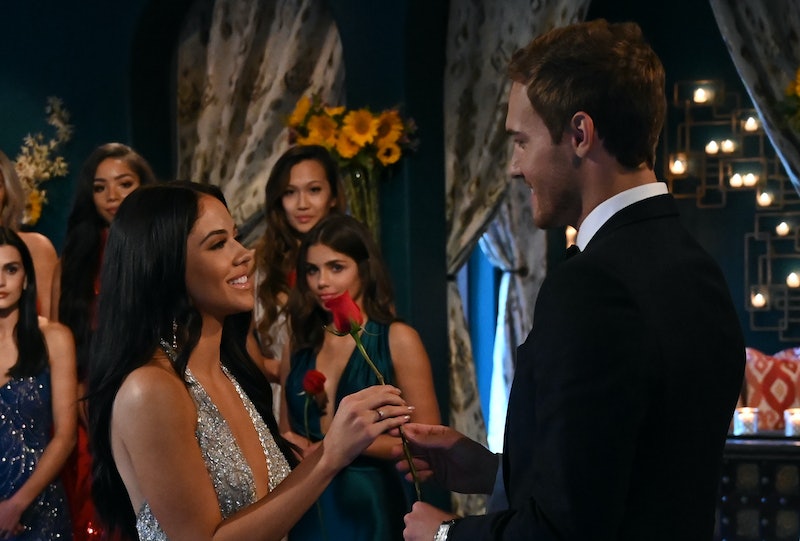 Peter may have sent her home unexpectedly, but there's still a decent chance that Sydney will be on Bachelor in Paradise. In the wake of Clare Crawley's Bachelorette announcement, the BiP Season 7 cast is still coming together, and Sydney would be a great addition if she was into it. Not only does she love posing in swimsuits, but Peter claimed that she was the best kisser out of all the other contestants (he, on the other hand, apparently ate food while making out, which...). What more do you need to make it on BiP, really, other than to love kissing and wearing swimsuits? Honestly, hand Sydney a margarita and send her to a daybed stat.

Sydney was also the center of some drama during her run on Peter's season, accusing Alayah of being fake ("Do you, like, work at all?"), so if she's headed to Paradise, then her nemesis likely is, too, so she'll at least be interesting to watch. Peter also seemed to like her, until he sent her home without much of an explanation. So even if she was fighting with some of the girls in the house, she has what it takes to create relationships on the beach.

In addition to her feud with Alayah, Sydney has had to deal with some online backlash. After she told Peter that she'd been bullied in high school for being biracial, one of her former classmates tweeted yearbook photos of Sydney participating in pageants, implying that she didn't have it as rough as she'd claimed. As a result, the former Bachelor contestant said her piece in a series of tweets. "Feels ridiculous I even have to address this," she began, clarifying that although she had been in the pageant circuit, that didn't negate the fact that she'd been bullied by her classmates.

"Any one from my highschool want to pull out the videos of girls stuffing my locker with Oreo cookies , vandalizing my home, shoving me in the hall ways?" Sydney wrote. "Teachers literally referring to me as a halfbreed? Calling my mother the worst names I've ever heard in my life? I doubt that."

In addition to defending herself, she has also supported many of the remaining contestants — especially Madison, who caught some heat for giving Peter what many considered to be an ultimatum about the Fantasy Suites. "[F]rom my over view all I know is that @madiprew can wear the hell out of a jump suit and relationships are really hard," Sydney tweeted on Feb. 18. "Let's give these remaining ladies some grace. This process really takes a tole [sic] on your mental stability. It's not easy by any means."

No better cure for all that stress than a paid trip to Mexico to try for love one more time.