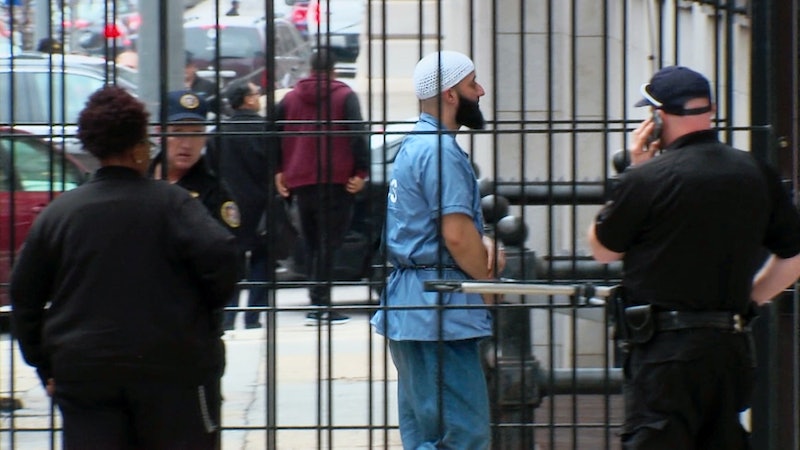 HBO's Adnan Syed docuseries — about the 1999 case made famous by Serial — is coming to an end, and it's really unclear where the story goes from here. Though it was only ever advertised as a four-part series, there's still so much up in the air about Syed's future, a Case Against Adnan Syed Season 2 would definitely have material to cover. That being said, the network hasn't announced any plans to continue the show, and it wouldn't make much sense to jump the gun and add new episodes when there's so much uncertainty about Syed's future — especially considering the major development that happened just before the show's premiere.

As viewers already know, Syed has been serving a life prison sentence since 2000 for the murder of his ex-girlfriend, Hae Min Lee. However, he's always maintained his innocence in connection to the crime, and when Serial investigated the case in 2015, many listeners began to question his conviction. About a year after the podcast's release, Syed's conviction was vacated and a judge ordered a new trial — a success that Syed's lawyer said was partially thanks to the new evidence Serial helped to uncover.

Asia McClain, a former classmate of Syed's who claims she saw him at the library the same day and time that Lee was killed, was contacted by Serial for an interview, and it eventually led to her reaching his legal team. "If you recall, the first time around, we were pursuing the alibi issue but we were unable to locate our alibi witness, and Serial kind of shook the trees and that got us to get in contact with Asia McClain," Syed's attorney Justin Brown said at a news conference following the new trial ruling, per NBC News. "In that way Serial was huge."

However, after several appeals from the state, Maryland's highest court reversed the first judge's decision, reinstated Syed's conviction, and determined that he would not receive a new trial just before The Case Against premiered in early March.

Syed's team had argued that his legal counsel during the first trial was insufficient, particularly because his lawyer, Cristina Gutierrez, decided not to pursue McClain's alibi testimony, according to the Baltimore Sun. But the court disagreed. Their March ruling concluded that "there is not a significant or substantial possibility that the verdict would have been different had trial counsel presented," per the Baltimore Sun's report.

According to the New York Times, Brown said that Syed's team was "devastated" by the court's decision, but that they would not give up. "The obstacles to getting a new trial are simply too great," he told the outlet. "There was a credible alibi witness who was with Adnan at the precise time of the murder and now the Court of Appeals has said that witness would not have affected the outcome of the proceeding. We just think the opposite is true."

Because the decision to reinstate Syed's conviction came just days before The Case Against Adnan Syed debuted, it's unlikely that the docuseries will be able to meaningfully examine this development even in its final episode. If Brown keeps pushing for Syed to get a retrial, though, there could be more turns in the case left to explore in another season of The Case Against. Whether or not that happens will be up to HBO.