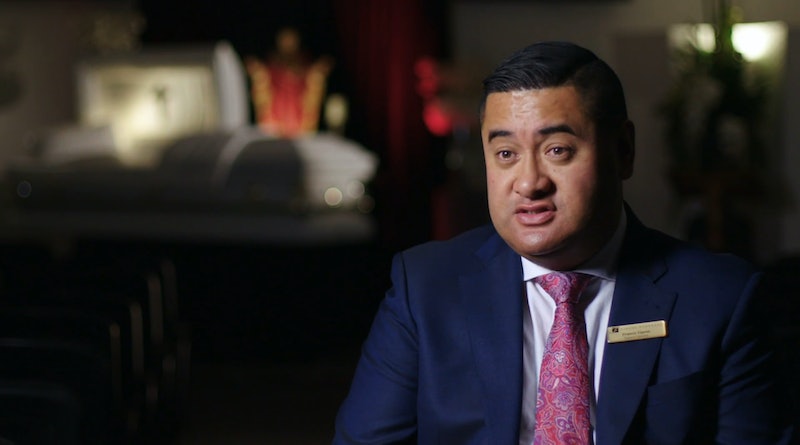 In yet another international pickup, Netflix brings New Zealand’s The Casketeers to an American audience this week. As the name suggests, the series follows real-life funeral directors Francis and Kaiora Tipene as they go about their daily life with, balancing “good humor with care and respect as they help Polynesian families cope with loss,” according to the Netflix page for the show. And apparently, The Casketeers will continue on into Season 2 in some way.

Great Southern Pictures managing director Phil Smith told New Zealand’s Stuff website in November that the series, which aired on TVNZ earlier this year, would return for another year on both the original network and Netflix. He even went on to say a third season was in the stars as well, though the production company was still in the process of securing funding. Smith definitely has faith in the success of The Casketeers. “If you can do death and comedy together, and it works, then globally you're onto a winner. Just look at the success of shows like Six Feet Under," he said.

TVNZ urges audiences to watch the series for a few reasons — the site says viewers will “laugh and cry,” and that the show showcases everything from “their hilarious behind-the-scenes antics to the respectful and dignified way in which the team go about their business.”

It’s definitely toying with a strange kind of subject matter, but those backing the series insist that it’s done so with care. “Throughout the series, the aroha and passion that Francis, Kaiora and their staff have for what they do is obvious,” the TVNZ piece continues.

And the subjects of the show have been wary of overstepping boundaries when it comes to the funerals and families they deal with on-camera. “When people ask what the hardest thing about the filming was, it was without a doubt asking for the families' permission. I was torn,” Francis Tipene told MSN. I've never asked a family if they are okay with a camera crew following us. The fact of the matter is they trusted us with their loved one and I felt tricky asking that we film that."

Alex Casey, of New Zealand’s The Spinoff, wrote in her review of the show that the show feels similar to any other workplace television show. “The Casketeers is packed with priceless moments, and the kind of laughter you might not expect to hear behind death’s literal door,” Casey wrote, adding that “Nobody wants to die – or even think about dying, really – but being in the safe, hilarious hands of The Casketeers seems like a bloody good send off to me.”

Radio New Zealand also called the show an “unexpected runaway success,” and if American viewers are as excited about the show as others have been, there’s no telling what could happen. The show has a continued life on TVNZ regardless of what happens here, and though they haven’t explicitly made any announcement of a Season 2 pickup, Netflix could keep this ball rolling for plenty of seasons to come.