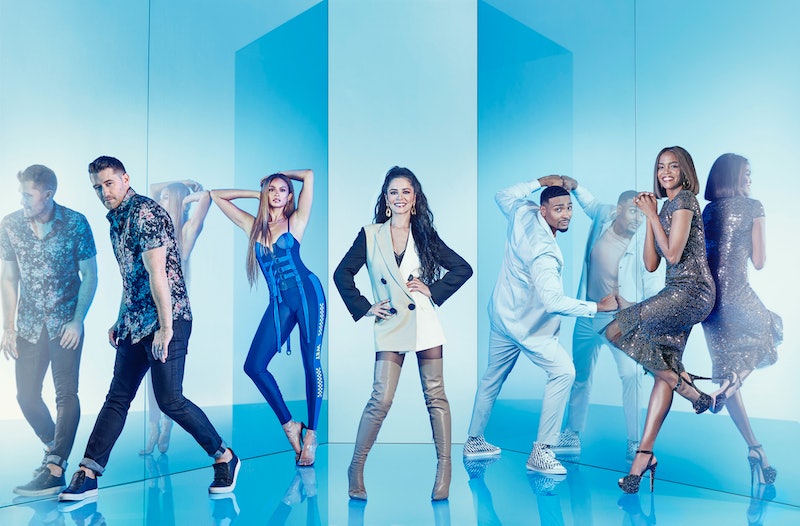 Dance-competition series The Greatest Dancer made its TV debut back in January, and has since won over viewers with an impressive lineup of dancing talent. The BBC series is produced by Simon Cowell, and features singer Cheryl, Strictly professional Oti Mabuse, and Glee star Matthew Morrison as the show's dance captains. The grand final of the first ever series is due to air this weekend (Feb. 23), but will The Greatest Dancer return for season 2?

"We wanted a big joyful show that celebrated extraordinary and memorable dancers of all ages and from all backgrounds and that’s exactly what we got. Everyone worked so hard on the show and we can’t wait to go again and see who will manage to open our magnificent mirror!"

Earlier: Broadway star Matthew Morrison, who is currently appearing on the show, has expressed his desire for another season of Greatest Dancer. According to The Sun, while attending the 2019 BRIT Awards, the actor discussed his relationships with fellow dance captains Cheryl and Oti. "I'm in the middle of these two absolute powerhouses; gorgeous and talented women," he said. "We'll be friends for life. We formed such a special connection and bonded really quickly. They will forever be friends of mine."

According to the newspaper, Matthew then cited his newfound friendships as a reason for wanting the show to return. He added: "I hope the show continues on so we can keep nurturing this relationship."

This isn't the first time Matthew has spoken highly of former X Factor judge Cheryl, and in light of the online trolling against "Fight For This Love" singer, he spoke out publicly to show his support. As reported by the Mirror, he said: "All the [hate] Cheryl gets has been shocking to me because I don't see that every day and obviously I don't live here so to see that is really surprising because she is one of the sweetest nicest people I've ever met." Matthew then went on to praise Cheryl's work ethic, and HER dedication as a parent, adding: "She's such a hard worker and really dedicated to her family and her work life. She's one of those supermoms who makes everything work. It's petty that people attack her so I don't understand."

Despite her long history of dancing, the former Girl Aloud singer did reveal her nerves at performing in last weekend's (Feb. 16) big dance number, which saw Cheryl take to the floor with Strictly professionals. Speaking before the thrilling performance, Cheryl told the Mail Online: "The routine is very exciting because it uses so many different areas of The Greatest Dancer studio and we all have different styles in the performance." She continued: "There's always an element of nerves when you're rehearsing and being lifted by someone else as you have to trust them entirely, but with the Strictly pros it definitely felt a lot easier."

The final of the 2019 competition takes place this weekend (Feb. 23), and the remaining acts will battle it out for a massive £50,000 prize and a chance to perform as a special guest on the next series of Strictly Come Dancing. According to BBC's Newsround, the four acts left in the running are Oti's KLA and Ellie, Matthew's James and Oliver, and Cheryl's Harry and Eleiyah.

This article was originally published on Feb. 22, 2019