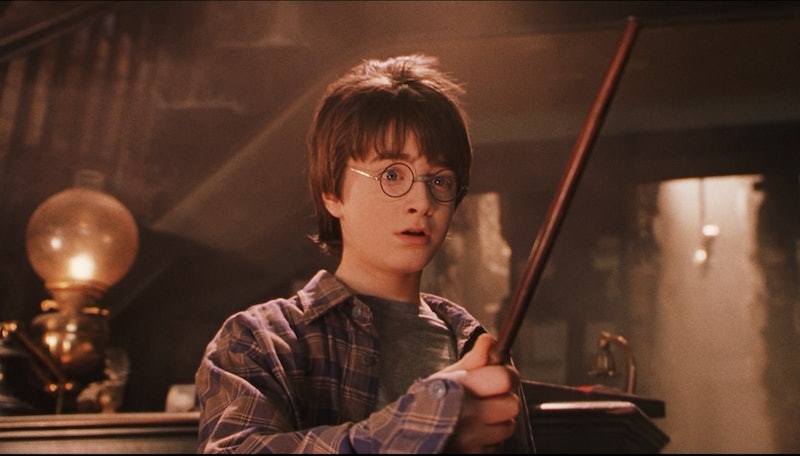 January oh January, why art thou so grim. But OK let's look at all the positives of January. Christmas is done, all that stress is over. New Year's eve, done. You can get on that "new year new me" flex. Or you can be real and do what January was made for — cosy nights in, Netflix and chill vibes. Oi you, mind out of the gutter! I mean just watching stuff. Anyhow, what is more cosy than skipping away into a magical world as far as can be from this one. So will the Harry Potter films be on Netflix UK anytime soon?

OK so here is the goss on the matter. Basically back on November 1, Netflix made the day of all their French and Belgian users by putting those damn films online. Ugh mon dieu, I am hideously jealous. Anyhow, that obviously got the old rumour mill spinning and UK users were like, maybe us? Please? And then the plot thickened when, as the Daily Mail reported, flipping New Zealand and Australia Netflix got them too, from January 15. But what about us?! Accio patience, because I am low key losing it RN. Yet, no news nor sign of them hitting our shores as of yet which is just absolutely crushing. Bustle reached out to Netflix UK for commen.

But real talk, what is the flipping delay here guys? And I don't want to sound a bit Neville Longbottom here but, why's it always us? OK so The Mirror reported that this is all down to some pesky flipping licensing agreements. Sigh. The newspaper quotes New on Netflix, saying that it's due to licensing agreements between film studio Warner Bros. and Sky/Now TV in the UK. So that's why it's a solid non for the UK, while it was a oui for France and Belgium.

I guess fans were maybe hoping that this year Netflix would do a surprise drop like it did last New Year's day. Don't you remember? Yep, they drove everyone bonkers by casually dropping the entire 10 seasons of Friends. Which is basically every single hungover person's dream. However, akin to Cinderella turning into a pumpkin or whatever, this was for a limited time only so everyone got to marathoning while they could. But then, a Christmas miracle, brought to you by the holiday armadillo.

So I guess we should be grateful at least for this. However we really could do with something new this winter season right? What is there to be excited about as a well needed distraction from that huge Potter shaped hole in our televisual delights?

Well, it ain't quite magical but, A Series Of Unfortunate Events certainly is very beautiful and imaginative and fun for people of all ages, right? Well the third season of the smash hit series dropped on Netflix UK on January 1. The show, based on the books of the same name, is in its last ever season. And according to the trailer, this one is going to be the best so far.

"With the third and final season drawing near, we have nothing left to say, dear viewer, but that we have saved the worst for last".

So will the Baudelaire children escape the dastardly AF Count Olaf and have a happy ending? Fingers flipping crossed.