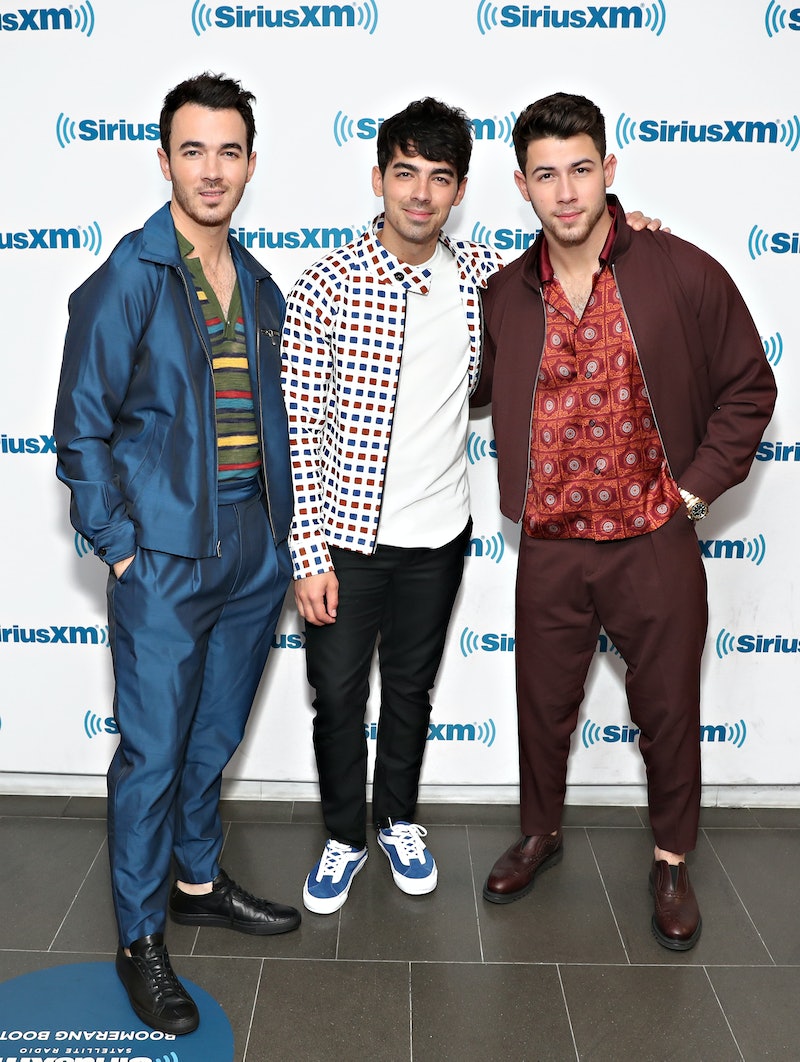 The recently-reunited Jonas Brothers are about to embark on their Happiness Begins concert tour. Needless to say, they are pretty busy with their successful comeback these days. So, does this mean that the Jonas Brothers will be at the 2019 Teen Choice Awards? Or will they submit their (inevitable) award acceptance speeches in between stops on their world tour?

In all honesty, it is pretty much a guarantee that the trio will show up since E! News reported that the band is will likely receive the Decade Award that night, which is a big deal. They are following in Justin Timberlake's footsteps, who was the first person to receive this honor at the Teen Choice Awards back in 2016. In 2017, Maroon 5 got the same award. Strangely, the Decade Award was not given out at the 2018 Teen Choice Awards, but they're more than making up for that in 2019.

It is bound to be big night for Kevin, Joe, and Nick Jonas. Why wouldn't the siblings show up for the 2019 Teen Choice Awards?

The only thing that is truly up in the air is if they will bring their wives, the self-proclaimed (and much loved) J Sisters: Danielle Jonas, Priyanka Chopra, and Sophie Turner. The triple date is the only thing that would make this inevitable appearance even better.

Not only that, but it seems like they should be available that night. The Happiness Begins Tour starts in Miami, Florida on Aug. 7. The next night, the group performs in Orlando, Florida. The Teen Choice Awards will be televised live from Hermosa Beach, California on Sunday August 11. That means they will have plenty of time to travel from Florida to California and work on an acceptance speech....or many acceptance speeches that they will have to recite that night.

Aside from taking home awards, will the Jonas Brothers hit the stage to perform? At this point, that is unclear since they are not in the list of performers, but you never know if they'll surprise the fans and sing some of their hit songs. As of this moment, the show will include performances from Bazzi, OneRepublic, Blanco Brown, Jordan McGraw, Mabel, and Sarah Hyland. The Jonas Brothers have been blessing fans with music for over a decade. It would make sense for them to perform along with the other acts.

There isn't an official publicly-accessible list of RSVPs for the 2019 Teen Choice Awards, but it is very logical to assume that Kevin, Joe, and Nick will be at the award show since it is probably going to be a very big night for the group. Expect the group to be there and win some awards. And let's hope that they bring their wives and surprise the audience with a performance.