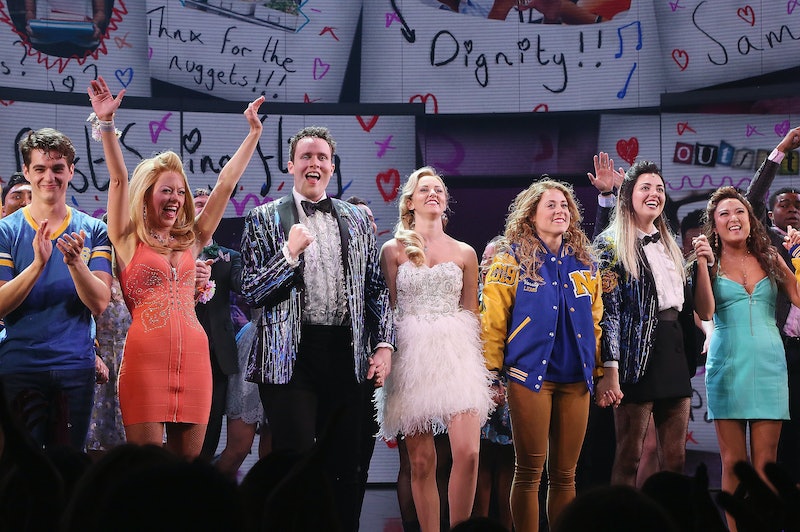 Hold on to your Burn Book, because the show is totally coming to the UK, but just not in 2020. A rep for the musical tells Bustle that the “producers are now in final discussions for Mean Girls to bow in London’s West End in late Spring 2021”. While there’s currently no news on which theatre will house the production (though there are rumours it could be the Savoy Theatre), you can totally start marking off the days for its UK arrival.

Producer Lorne Michaels (who is also the creator of Saturday Night Live) also confirmed the news. “We are all excited to continue to work with Sofia Freidman and her team to prepare for London,” he said in a press statement sent to Bustle. “It has been a great joy to work on Mean Girls and to go from film, to musical, and now to musical film. I am very proud that Tina’s story continues to resonate with new generations.” It’s not yet clear if an all-new cast will be in place for the UK show, or whether the current Broadway line-up will be involved.

As far as a tour happening, that all depends on the popularity of the show when it debuts. But judging by the fact that it broke box office records in the U.S., and how many dates are on its current national tour, it’s possible that this fair isle could see a tour at some point, too.

So come 2021, you’ll be able to feel like you’ve been personally victimised by Regina George in person. Grool.