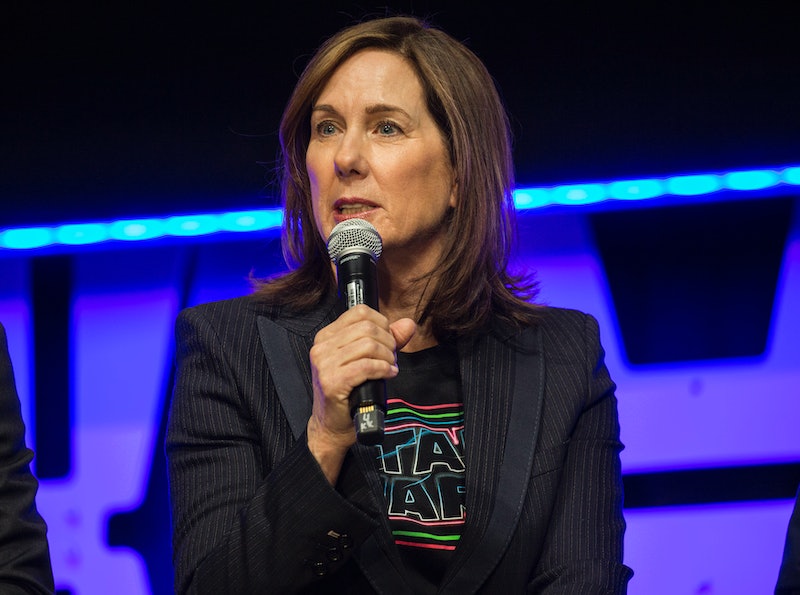 A notable lack of female presence in the Best Director category at this year's BAFTA Awards was the subject of much conversation throughout the 2020 ceremony. However, comments made by Lucasfilm President Kathleen Kennedy could hopefully signal some much-needed change in the industry, and speaking on the 2020 BAFTAs red carpet, she hinted that Star Wars may be directed by a woman sometime soon.

As the Radio Times reports, Kennedy revealed that one of the future Star Wars flicks would "without question" be directed by a woman, and despite not providing details of any film in particular, she did confirm that a female director would "absolutely" be hired. Speaking at this year's British Academy Film Awards, Kennedy, who took home the prestigious BAFTA Fellowship trophy, went on to say, "We’ve got two or three fantastic women working with Star Wars — we're cultivating a lot of great talent."

Female directors including Deborah Chow and Bryce Dallas Howard have previously been welcomed into the Star Wars universe, with both recently overseeing episodes of the Disney+ series The Mandalorian. In addition, Victoria Mahoney acted as second unit director for The Rise of Skywalker. However, through the franchise's 43-year history, there has not been a female filmmaker in the role of lead director for a big-screen Star Wars production.

Kennedy was in attendance of the 73rd annual BAFTAs after being named the recipient of this year's Fellowship award. The honour aimed to recognise her highly successful career in film, and after receiving a standing ovation from the star-studded audience, Kennedy paid tribute to British cinema's "significant role" in her life and career.

The head of Lucasfilm went on to explain how it was a "privilege to work with British crews and filmmakers" on some of her recent projects based in the UK, and later added, "I am deeply honoured to receive the Fellowship from BAFTA, and am incredibly thankful to have worked with so many talented members of our extended family in the British filmmaking community."