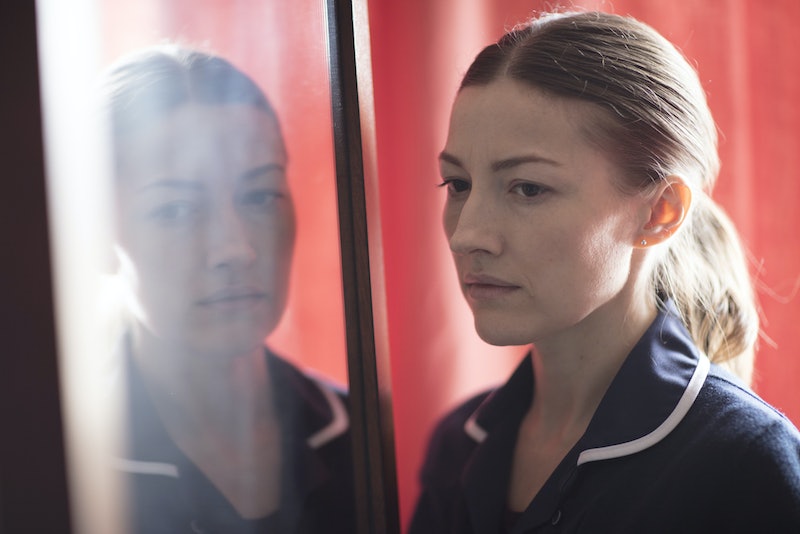 It's the thriller that has been keeping the UK glued to their sofas and pulling their hair out. The Victim is that addictive that the BBC chose to air it over four consecutive days, in order to avoid losing too many license fees owing to tellies having things thrown at them, one assumes. This whodunnit crossed with a court room politics satiates any viewer's need for drama, while also serving a heavy dose of ethical conundrums. That being said, with the finale fast approaching, will The Victim return for series 2?

I contacted the BBC for comment on this and will keep you updated but sadly, it appears nothing is scheduled in the pipeline. So you can kill your dreams of a Ryan Murphy-style, crime anthology series .

Real talk though, could you ever be as glued to the screen physically and moved emotionally by any other storyline? This one is almost too much to bear in so many ways. If you guys haven't watched it, I would get on BBC iPlayer immediately and fill your boots. Come back here after you have marathoned what's been on so far because I am about to spill some serious tea that will contain SPOILERS.

The show is based in Scotland's largest city, Edinburgh, and focuses on the death of a young boy, Liam, and the 15 year aftermath. He was tortured and brutally murdered and it transpired his killer was a child only a few years older than him. Owing to child protection laws, the killer was only given a short sentence and a new identity when he was released. This caused enormous stress for the victim's family and was like red rag to a bull for the tabloid press, who constantly campaigned to have his identity revealed. The story is very reminiscent of the tragic case of Jamie Bulger, although the show's writer Rob Williams was keen to make it clear that the show was not based on this case. Speaking at a press screening, Williams said:

"Well it's not based on any one case, on any existing case. It explores a territory that sadly, there are many cases in which juveniles have committed horrific offences, and not been named for legal reasons. Some of who have been given new identities".

Within The Victim, the campaign to find who the killer is and unmask him leads Liam's mother Anna Dean to accuse Craig Myers of being the perpetrator with a new identity. She is sure as hell that it's him, and after a brutal attack at his home, Myers' whole life begins to fall apart. Not only is he badly injured but he loses his job, his friends, and his family.

Thing is though, did he do it? Is he actually the guilty child, grown up? This show provides redonk twists and turns and enough twitchy looking and behaving men of the appropriate age for you to change your mind every five minutes. After all of these lives are turned upside down the question is, who really is the victim here?

The show is in four parts over four days and finishes on Thursday 11 April at 9 p.m. on BBC One.

Watch The Victim on BBC iPlayer