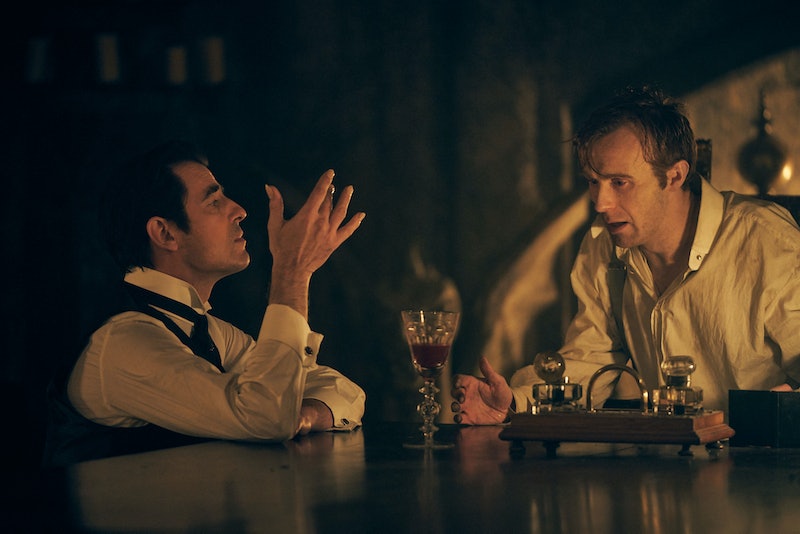 We're merely days into the New Year and you'd be hard pushed to have a better production than Dracula. The new twist on a classic has proven so flipping entertaining that I'm dying to know, will Dracula have a Season 2?

I reached out to a representative for the BBC and will let you know as soon as I've heard anything from them. However, nothing has been announced publicly yet regarding any potential future for the show.

The BBC's latest incarnation of the world's most infamous bloodsucker has proven just as engaging, horrifying, and twist-filled as you'd expect from a production from the minds of Sherlock creators Mark Gatiss and Steven Moffat.

Although it's proven a bit of a controversial translation of Bram Stoker's story, the show has been a hit with reviewers and made the man behind the fangs, Claes Bang, a total sex symbol overnight. More Edward Cullen than Nosferatu, the Guardian reports that Gatiss is fully aware that they've cast a very sexy Dracula.

"He's imposing but he also has this twinkle, and he can set pulses racing in both sexes. It’s real charm: it feels dangerous and therefore terribly attractive, which is what you want from a sexy Dracula," he told the publication.

Apart from the main man, the other stand out star, feminist icon, and woman who might be able to beat the beast is Sister Agatha Van Helsing. Yes, they went and made the famous vampire hunter Van Helsing not only a woman but a nun as well. Dolly Wells, who plays the vampire-chasing nun, has provided fans with some top shelf one liners, razor sharp wit, and hints at potential cameos *cough* Sherlock.

As there's one 90 minute episode left of the show and the shocking end to the second, who knows that the heck tonight's finale will bring.

Dracula continues 9p.m., Jan 3 on BBC One and will be available to watch internationally on Netflix thereafter.