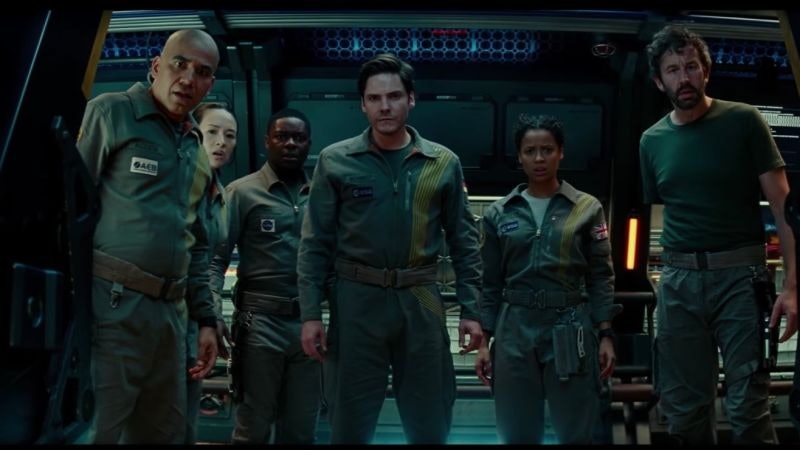 The Cloverfield movies have always been accompanied by an air of mystery and the element of surprise. The first film, 2008's found-footage-style Cloverfield, came after a trailer that didn't even name the film and a very long lead time. Then, 2016's 10 Cloverfield Lane came out just one month after its trailer dropped. But the biggest surprise of all came during the Super Bowl, when the trailer for The Cloverfield Paradox premiered announcing that the film would be available on Netflix in mere hours. The crazy route this franchise has taken to surprise audiences, create hype, and build suspense is a subject that could be explored all on its own. But right now, many are wondering what comes next, how everything fits together, and if a fourth Cloverfield movie is happening.

Speculation began almost a year ago that an upcoming supernatural horror film called Overlord, directed by Julius Avery and set for release in October 2018, is actually the fourth film in the Cloverfield universe. SlashFilm theorized that Overlord was connected to the series due to things like the fact that Overlord is produced by J.J. Abrams and Lindsey Weber, the same team behind 10 Cloverfield Lane, and that all of the films have Paramount, Bad Robot, and Abrams himself in common. SlashFilm said in January that its theory was confirmed by a source, and the Overlord is the next movie in the canon. Not only that, but that the movie is apparently already finished filming, and it takes place during World War II and features supernatural elements. Here's the apparent synopsis:

On the eve of D-Day, American paratroopers are dropped behind enemy lines to carry out a mission crucial to the invasion’s success. But as they approach their target, they begin to realize there is more going on in this Nazi-occupied village than a simple military operation. They find themselves fighting against supernatural forces, part of a Nazi experiment.

Secrecy and runaround aren't new to the franchise. Clover-verse creator Abrams has been a man of mystery ever since the beginning of Lost. And the new film, The Cloverfield Paradox, went through its own tricky roller coaster ride before popping up on everyone's Netflix queues. At the start of production a few years ago, the movie was known as The God Particle, but when Paramount dropped it from its schedule, its fate seemed up in the air. But the film was secretly shot in August and September 2016, and its wishy washy release date announcements only added to the suspense. All of this secrecy has audiences wondering what comes next, if Overlord is, in fact, going to be the next film in the story, if it will answer any of the questions left by the first three movie, or if it even exists at all.

For all we know, this could all be a part of an elaborate hoax, and there's no Cloverfield movie coming in October. Perhaps we won't see another Cloverfield movie for many years, or even on movie screens at all. In fact, folks on Twitter are already joking about how the fourth film might just end up being streamed directly into our brains.

But these fans are right. If anything, it would be super weird for the studio to drop Overlord into theaters on the date it's expected, in a traditional way. If anything, and especially after last night, we've now come to expect that nothing about these movies should be expected. So by all means, gear up for Cloverfield 4 AKA Overlord in October, but also be prepared if, like a giant alien monster, it suddenly just appears somewhere before then or disappears into the darkness.