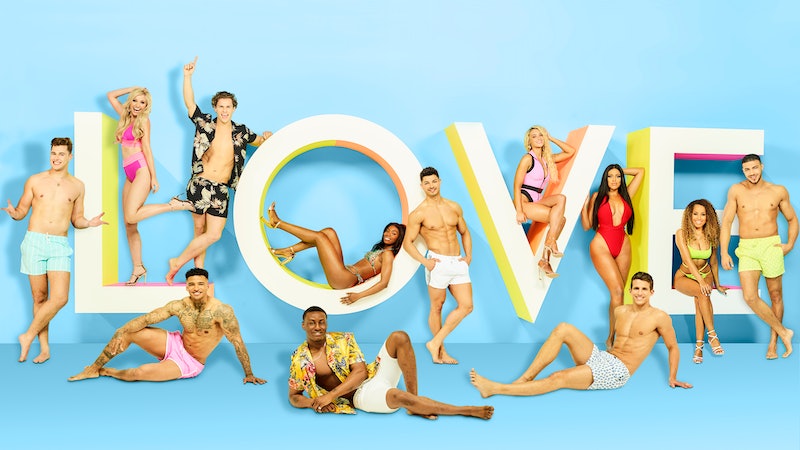 A fresh bunch of singletons with dreams of finding fame and romance are about to enter the Love Island villa. During their time on the show, contestants will have to navigate recouplings and challenges in order to make it to the end and be in with a chance of scooping the hefty cash prize. But the format of the show might look a little different this year, with some major features potentially getting the axe. So will there be a lie detector test on Love Island 2019?

As it stands there has been no definitive announcements in regards to major format changes, meaning fans can expect to largely enjoy the format they know and love.

Although the regular format is expected to remain, fans can expect some big twists throughout the upcoming fifth series. In an interview with the Daily Star, ITV executive Angela Jain revealed there will be some changes to the original format implemented down the line which could see the infamous second villa and lie detector tests get the axe. She said, "What we do in terms of format twists, obviously we don’t want to reveal things. We’re trying to mirror real life here, and relationships in real life get tested and that is entirely normal." I have reached out to ITV for comment, and will update with any new information if it becomes available.

Will there still be bombshell contestants?

According to the Radio Times, the 2019 series will begin with a slightly different format, and see 12 contestants enter the villa, as opposed to the usual ten. The new number of islanders will mean that not one, but two boys will enter the villa as bombshells (contestants that have the potential to break up an established couple) shortly after the first coupling up. Speaking about the plot twist, Jain told the Daily Star, "In a twist, there will be two more boys revealed later. We’re really excited about the show starting — we’ve tried to have a huge range of personalities, people, [we're] hoping there’s someone for everyone."

What about the recoupling ceremonies?

The show's current format requires all Love Island residents to couple up shortly after their arrival. Over the course of the series, islanders are given the chance to re-couple with someone else during the re-coupling ceremonies. Any contestants left single after the ceremony will be forced to leave the island, however, islanders can also be voted out of the villa by the viewing public. This is expected to largely remain the same, but as in previous years there will likely be twists to the way these are conducted, whether that's by having the public vote, sending in last-minute bombshells, or making contestants kick each other out.

Thankfully, it sounds as if the basic format will be left untouched by Love Island producers. According to the Radio Times, the ITV executive revealed, "The temptation to rip up the rulebook is there. But the one thing I will say with confidence is that we’ve got a winning formula here. Why would we change it? What we have to do is keep evolving the show. To fundamentally change it doesn’t feel like the right thing to do."

And I, for one, can't wait to get stuck into this year's series.