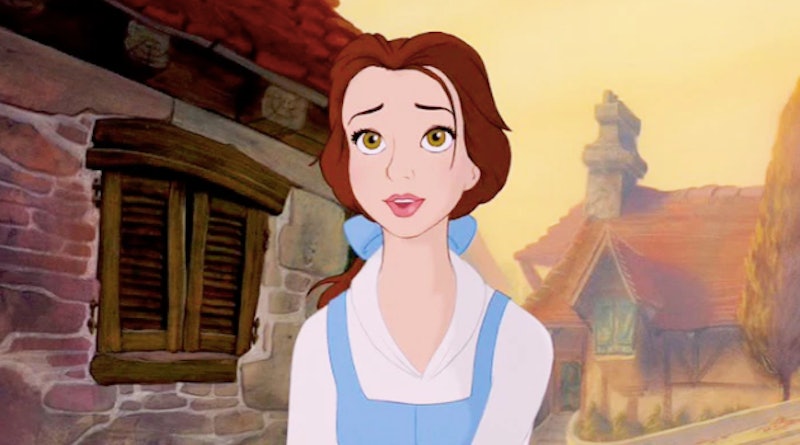 Over the past three years, MAC has partnered with Disney twice — with a Maleficent-themed line and a Cinderella-themed line. Following that logic, what do you think is coming next? Will there be a MAC x Beauty and the Beast collection? Well, we can only hope.

Neither Disney nor MAC has confirmed anything about a new upcoming collaboration centered on the newest live action — yet. That said, signs certainly point to yes, if we take the past two collaborations as precedents. Plus, can you imagine how popular it would be? Belle has been a fan favorite ever since she made her bookish, yellow meringue ball gown-dressed debut just over 25 years ago — so, a Beauty and the Beast-themed capsule collection would likely drive MAC and Disney fanatics alike absolutely crazy.

If a MAC x Beauty and the Beast collection is indeed in the works, we'll likely be hearing about it soon. After all, Cinderella's dreamy MAC makeup line hit the shelves about a week before the film's March 15th release date, and the announcement was made around a month before that, in early February. Seeing as Beauty and the Beast is set for a March 17th premiere, we'll probably (or rather, hopefully) be seeing a similar timeline.

So, what do you think? Will we be getting our very own Beauty and the Beast-inspired makeup line? It seems like too good of an opportunity to pass up — especially since the new adaptation has such a gorgeously romantic aesthetic.

Can't you just picture it now? A Lumiere-inspired illuminator? A deep scarlet glitter-infused lipstick based off of the east wing of the Beast's castle? A gorgeous pinky mauve called simply "Belle?"

Either way, we'll all have to keep our eyes peeled for any news from Disney or MAC — let's hope they make the announcement soon!