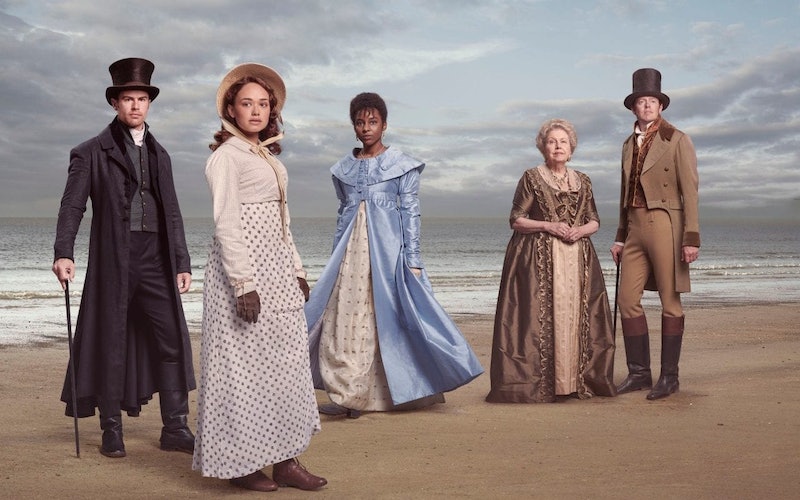 Cosy Sunday nights just aren't the same without a deliciously easy to watch costume drama are they? There's nothing quite like a post-roast cotch in your most comfy spot, watching a load of people in very uncomfortable looking outfits prancing about. And shows like Sanditon make chilling in your fluffy dressing gown even more satisfying. However as the end of this season approaches, fans are desperate to find out will Sanditon return for a second season?

Well y'all TBH nothing has been confirmed publicly. I contacted the press team over at ITV for a comment on it and they said there's no news of anything yet. But hey that's not an absolute no is it? And considering that the script writer for the show was open to it when he spoke to the Radio Times, I feel like hoping for a second season isn't unreasonable. Andrew Davies, the legendary script writer behind the likes of Mr Selfridge, Bleak House, War & Peace and TBH far too many more hits to mention chatted to the Radio Times about the show saying hey, it's all up in the air.

"We haven't had much chance to talk about it yet, but yeah, I do have a few ideas. And in fact the way we end series one, I hope we then get to a point where an audience says, 'You can’t leave it at that!'" he said.

The show, which is based on the final unfinished novel of the same name by Jane Austen, has proved an absolute crowd pleaser. Set in the seaside town of Sanditon, it's all bonnets, funny names, minding one's Ps and Qs while wearing all the flouncy bits and bobs we've long loved from Ms Austen.

Standing out from the crowd in the period drama world can be a little difficult, but this show has been grabbing headlines for some slightly different reasons. Hells yes to a load of male nudity. Star of the show Leo Suter spoke to the Radio Times about being nude on screen and kind of hit the nail on the head. Explaining that male nudity is important on screen as historically it's always leaned more towards female nudity. "For me, I don't mind it because it's a question of objectification, I put my face out on telly so I've already lost anonymity so if somebody sees my arse it doesn’t bother me that much, but a woman's arse and a woman's breast has far different cultural meaning than a man's does so it's hard to say," he said.

Davies added that adding a few more scenes with men in the buff was inspired by someone closer to home. "As my wife has been saying, something she constantly says is that she has no objection to female nudity but she'd like to see a great deal more male nudity on the screen so I try to please her," he revealed.

Although nothing's been confirmed yet, hopefully Sanditon and all those racy scenes will return to our screens lickety split.

More like this
Owen Warner's Net Worth Might Surprise 'I'm A Celeb' Fans
By Sam Ramsden
We’ve Got A Text! Another 'Love Island' Series Is On The Way
By Darshita Goyal
Another 'Sex Education' Star Has Joined The 'Doctor Who' Franchise
By Darshita Goyal
David Tennant’s Transformation In ITV’s 'Litvinenko' Is Astonishing
By Sophie McEvoy
Get The Very Best Of Bustle/UK