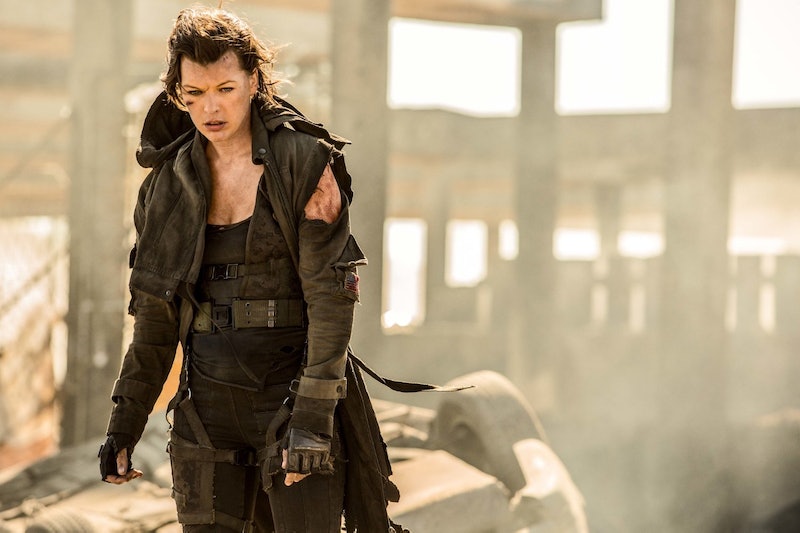 It's hard to think of a more underrated movie franchise than Resident Evil. While most movies based upon video games have been wildly unsuccessful, Resident Evil is the exception to the rule. The franchise has grossed over $915 million at the worldwide box office, and is poised to join the billion dollar franchise club with the release of its sixth film, Resident Evil: The Final Chapter. But given the title of the new movie, it certainly seems as if the series is coming to an end. So will there be more Resident Evil movies?

The plan right now is for The Final Chapter to truly be the final chapter in the Resident Evil saga. The movie looks to bring the saga to a close by having heroine Alice (Milla Jovovich) return to Raccoon City, where the series' apocalyptic origins began in the first film, to stop once and for all the Umbrella Corporation's bid to end humanity. Several characters from the franchise's past are back for the film, like Claire Redfield, Dr. Alexander Isaacs, and the Red Queen; and the movie has a distinct air of finality about it. And that's not by accident, as writer/director Paul W. S. Anderson — who has written all six of the films and directed four of them — has stated that it's the last go-round for Alice, since he finally reveals all of the franchise's secrets in the final film.

"The truth about the Alice character, the truth about the Red Queen, the real agenda of the Umbrella corporation, you know, all those things are secrets that I've been keeping for 15 years that I get to finally let out in this movie," the writer/director told Collider's Steve Weintraub. So unless the series receives a reboot (which isn't out of the question, given Hollywood's current love of remakes), this is indeed the final chapter for the Anderson/Jovovich brand of Resident Evil. And it's time to pay the series some respect.

When the first movie came out in 2002, female-led action movies were largely considered novelties. Hollywood didn't have much interest in making them, as they were thought to be unprofitable. And a female-led action franchise? Forget it. That could never happen! But Resident Evil, along with the prior year's Lara Croft: Tomb Raider, proved that there was an audience for female-led action movies, and Resident Evil especially proved that such properties could be turned into massive franchises. Without its success, who knows if later female-led franchises — like the hugely successful Hunger Games — would have ever even received the green light to be made.

So thanks for helping pave the way for female-led action movies, Resident Evil. You will be missed. And if Hollywood does decide to reboot the franchise, let's not change the protagonist to a guy, k?

More like this
Lindsay Lohan Just Recalled A Hilarious 'Parent Trap' Story
By Sam Ramsden
Then Vs. Now Photos Of The 'Enchanted' Cast In 2007 & The Sequel's Stars In 2022
By Marina Watts
See 'Twilight' Stars Together Again For A Sweet Cullen "Family Reunion"
By Stephanie Topacio Long
'The Princess Diaries 3' May Go Ahead Without Anne Hathaway
By Darshita Goyal
Get Even More From Bustle — Sign Up For The Newsletter