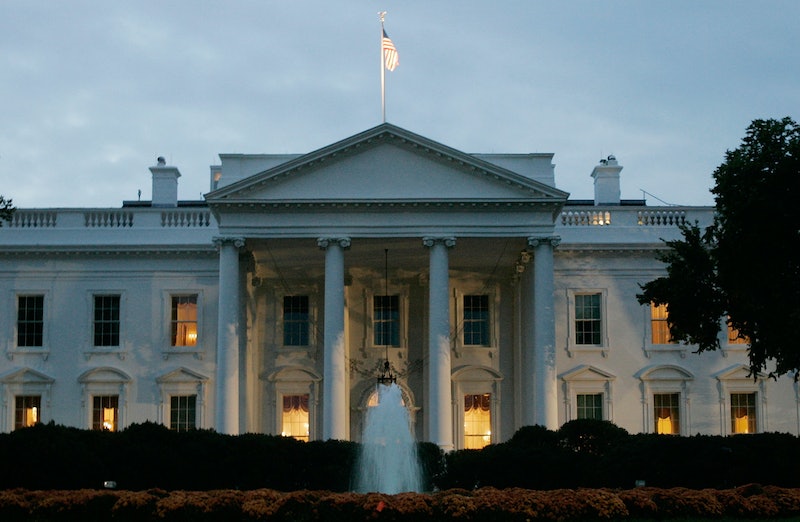 The White House would normally be the last place you'd worry about a security leak — especially in the Oval Office, given the extreme vetting that administration officials go through in order to obtain a security clearance. But that may no longer be the case. As far back as Inauguration Day, there was worry that the current administration might put American intelligence agencies on edge, and now that Trump has passed classified information to the Russians, there's still just one question to ask: Will foreign intelligence agencies still share information with the United States after Trump's actions?

This same question, in various forms, has been asked since Day 1 of Trump's presidency. On Jan. 21, literally the day following the inauguration, Politico ran a story entitled "U.S. spies fear allies will stop sharing intel under Russia-friendly Trump." The premise? Fears that longtime U.S. allies would stop sharing key information with the country's intelligence apparatus over concern that the new commander in chief would not respect the secrecy that is required in the process. At the time, there was worry about Trump's trash-talking of the intelligence agencies. Even then, his Russia connections were a worry.

Politico interviewed a former Obama official, who explained the concern. "If there’s a sense that we’re cozying up to regimes like Vladimir Putin’s Russia, that could have something of a chilling effect," the official explained. "The challenge may be in places like Germany, France, potentially even the United Kingdom. If there is a reorientation toward Moscow, there could be some doubts there."

Now, it seems that those fears were, at least in part, valid. Perhaps Trump is not "cozying up" to Russia, but he is sharing secrets with Russia from American allies — all without their permission. As the Washington Post explained, the intelligence that Trump shared with the Russians was classified at one of the highest levels. One source explained the president "revealed more information to the Russian ambassador than we have shared with our own allies." On Tuesday, one senior European official reportedly said their country may stop sharing intelligence with the United States, if Trump did give Russia classified information.

And now, the official word from the White House — coming in the form of a tweet from the @realDonaldTrump account — is that he can share this information if he wants. Just yesterday, his national security adviser, H.R. McMaster, denied the whole story happened as reported. Now, that is out the window and Trump is saying, "As President I wanted to share with Russia (at an openly scheduled W.H. meeting) which I have the absolute right to do, facts pertaining to terrorism and airline flight safety."

So he's essentially admitting to the global intelligence community that he reserves the right to override any decisions within our own intelligence agencies about what should be classified. Now, other countries know their secrets may no longer be safe with the Trump administration. They've heard it from the president himself, and that can't help the odds that they keep sharing. Let's just hope that they don't hold back information that could keep the United States safe over fears that the president can't keep it to himself.