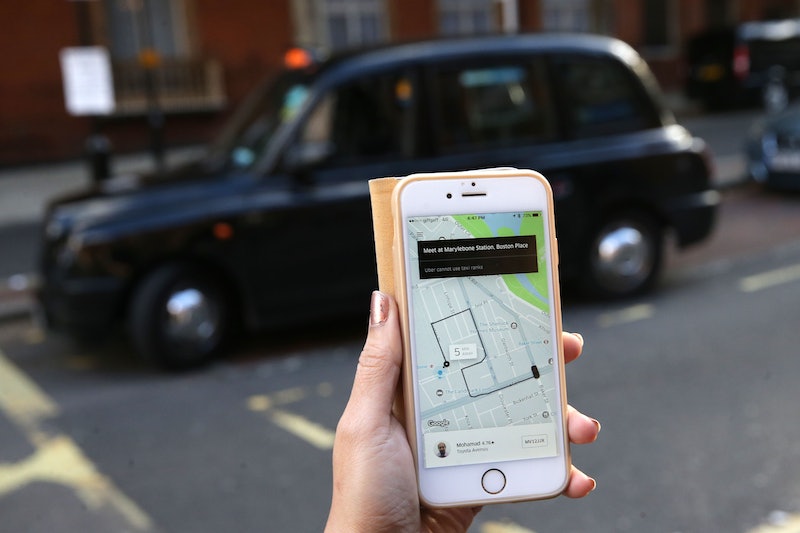 The ride-sharing app Uber has now been banned in London by the city's transport authority, who said it was not "fit and proper" to hold a license because of "public safety and security implications." The decision is wildly controversial, with devoted Uber-users pitted against London black cab drivers, who staged a massive protest against Uber across the city last year that brought traffic to a grinding halt. But amid the legal chaos (as Uber is now going to appeal the city's decision) and the difficulties posed to Uber customers, the impact of the ban on women — female Uber drivers and passengers alike — may be a mixed bag.

For many young women in particular, the ridesharing app seems to be a convenient godsend to help when public transport is unavailable or conventional taxis are prohibitively expensive. However, it's hardly had a smooth rise; it's now banned in places like Austin, Texas, Delhi, India, and the entire country of Denmark for problems ranging from definitions (is it a taxi company or something else?) to serious safety issues. While getting an Uber is currently a fixed part of the landscape in cities around the world, watching how London copes without it — and its impact on female customers and drivers — will offer new perspective about how we use transportation.